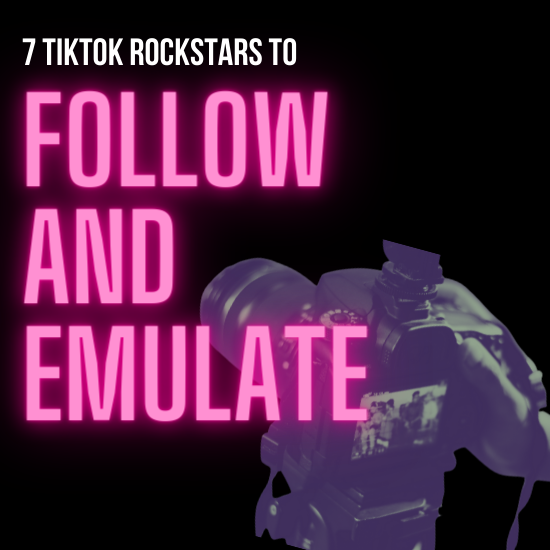 TikTok is the latest social media app taking the world by storm – with more than 1 billion users worldwide. The app revolves around sounds and trends, making it the perfect place to promote your music. We’ve put together some of our favorite artists that have used the app to jumpstart their careers, and some tips and tricks they used to get there. 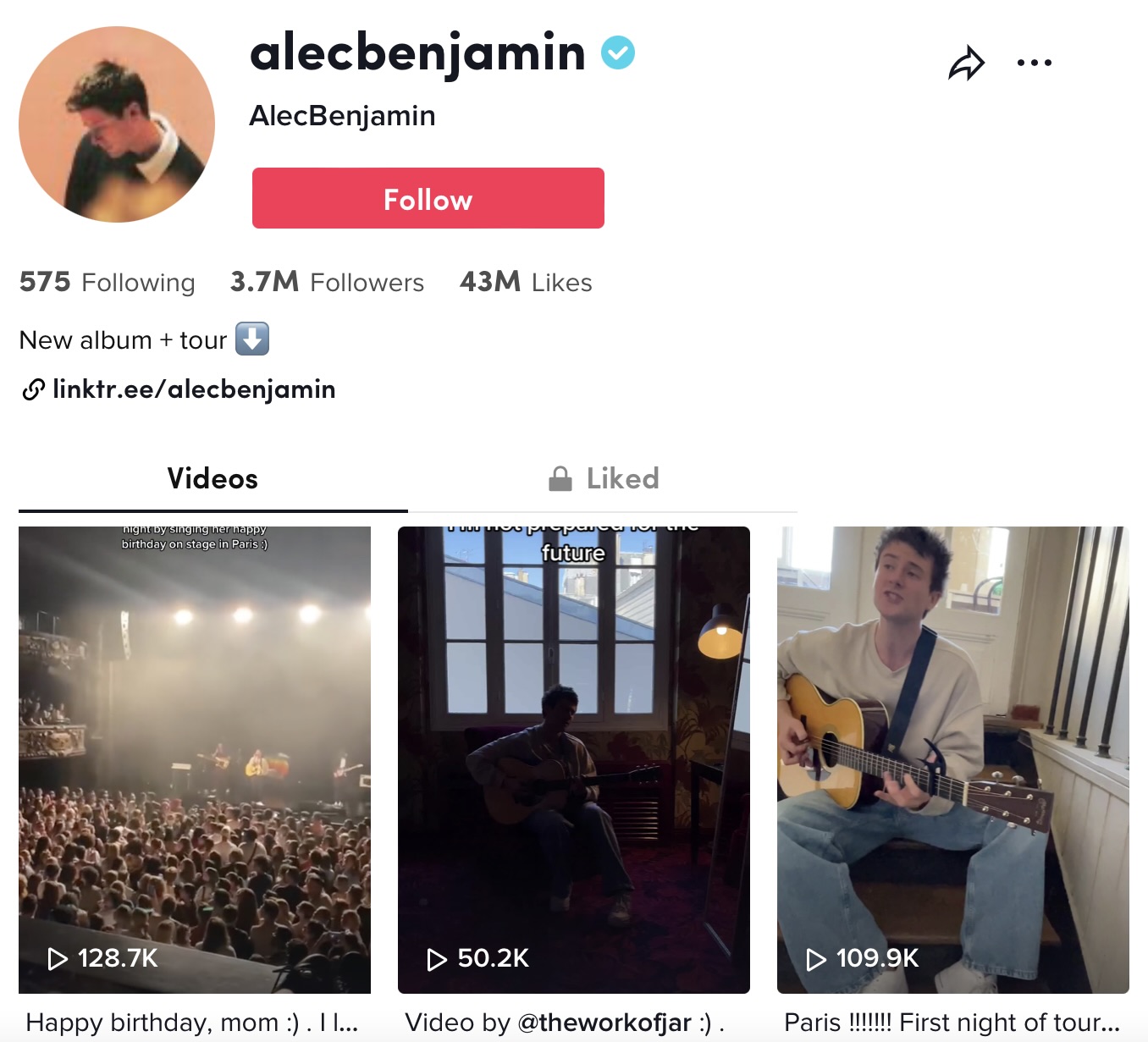 Alec’s TikTok hit, Water Fountain, has amassed 310K videos on the app. It’s an old song of his that he decided to give new life through TikTok. It revolves around a relationship he had when he was younger that didn’t turn out great. It’s a very relatable song, especially for the youthful audience that flocks to this app. Since releasing his song on TikTok 2 years ago, Alec has released more music and is even touring worldwide.

Tip: Use a song that is relatable for the age of platform users (mostly young). 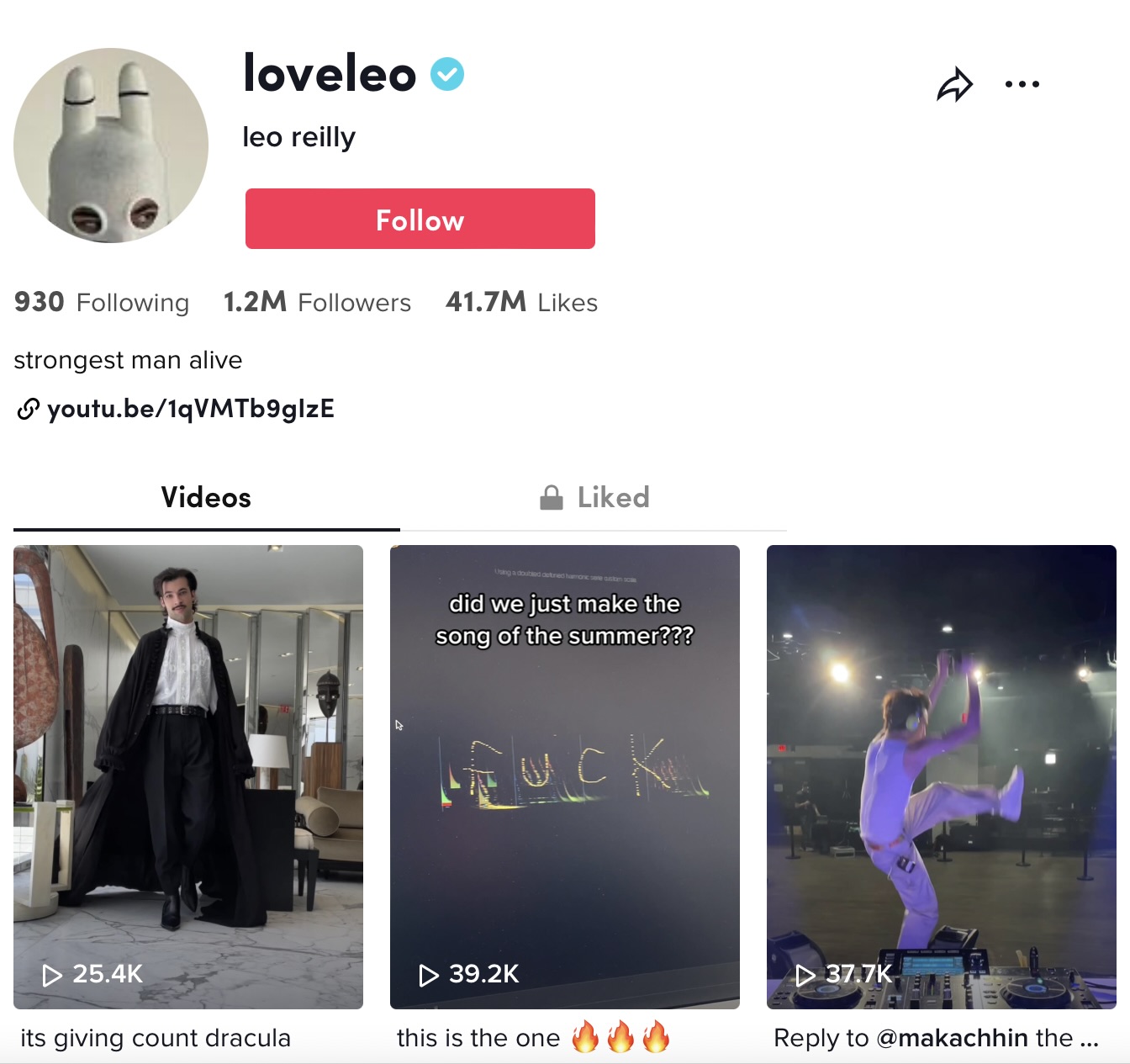 LoveLeo has had a couple different songs go viral on TikTok – the biggest being Boyfren (10.7K videos made). The song is extremely catchy and has a unique indie vibe that users love. It’s also perfect for POV videos. He made many videos using this song to keep it in people’s ears. Although he seems to post many videos other than music, he still makes music and performs live.

Tip: Use your sound in multiple videos to keep the hype up and keep spreading it. One video is not likely going to do the trick. Stick to your music niche, otherwise the algorithm will not favor you. 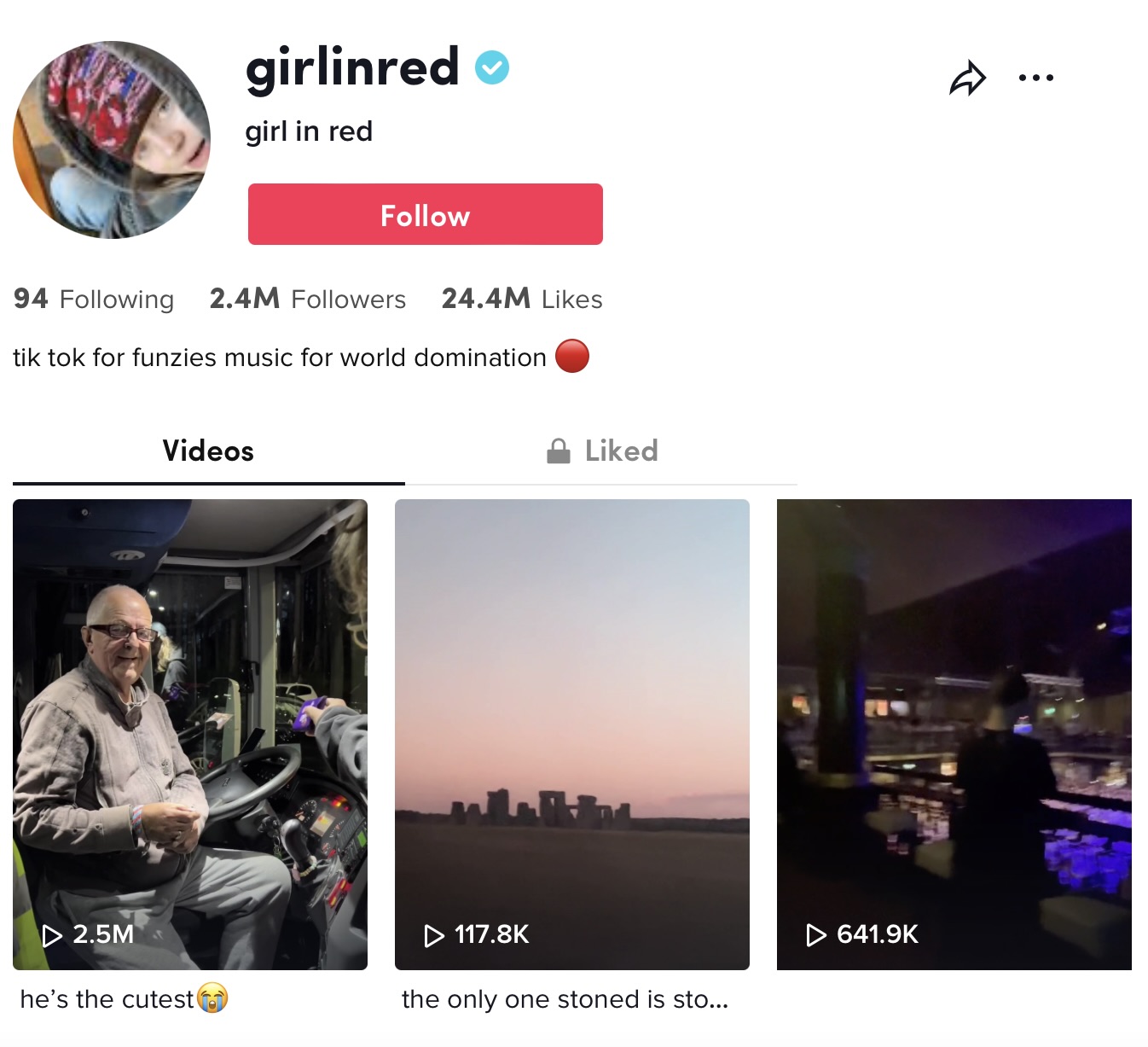 girl in red’s viral song “girls” distinguishes a very important group on TikTok – the LGBTQ+ community. There is an overwhelming amount of LGBTQ+ people using the app, so songs revolving around queer culture will perform well. Because anyone can upload their own sound to TikTok, there are a lot of user-uploaded sounds using the song. “girls” on TikTok has about 15.2K videos, but another sound clip from a user, who uploaded it at the beginning of her career, with no credit to the artist – had 58.3K videos.

Tip: Don’t let this happen to you! If someone uses your song as their own sound without crediting you, you can report the sound as Intellectual property infringement. 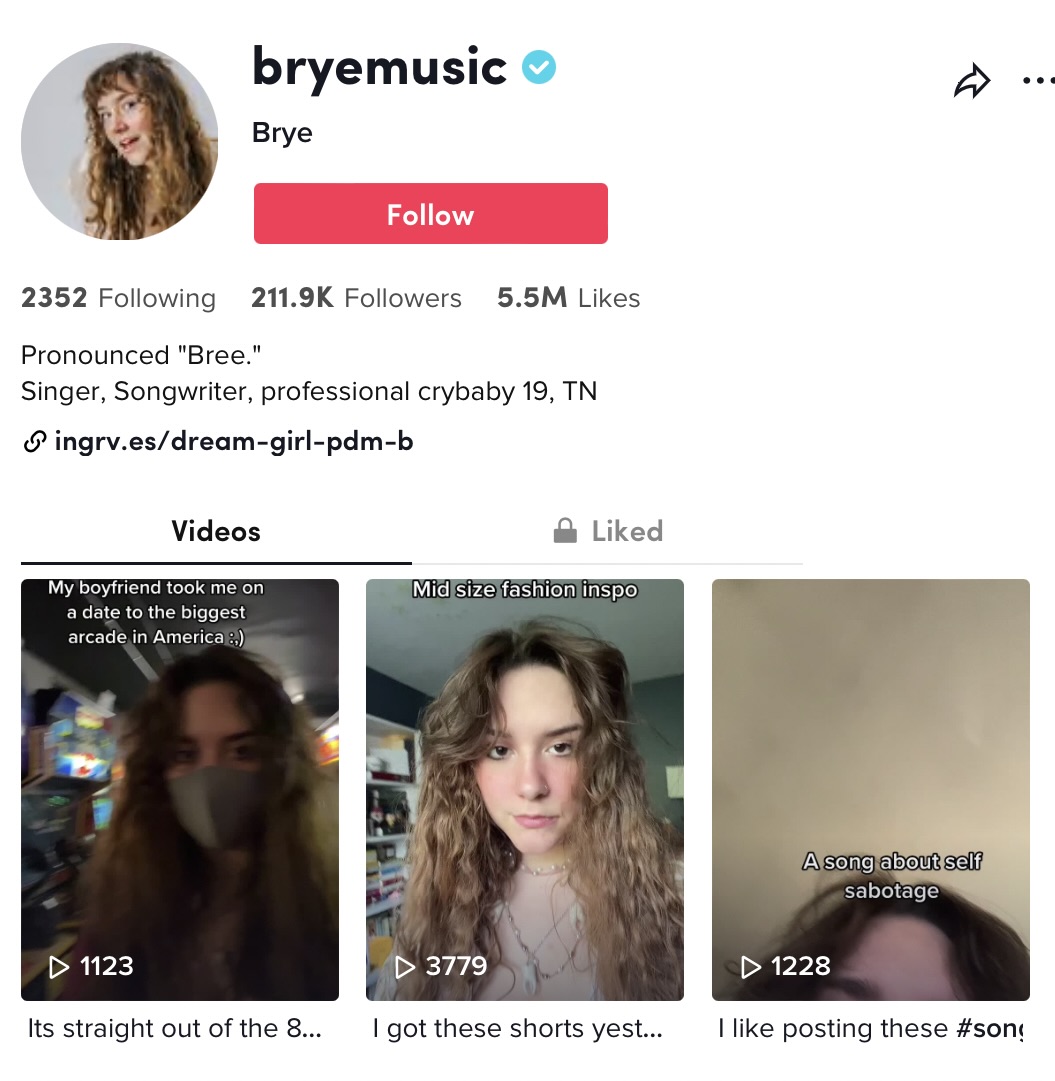 Brye’s song “Lemons” has 11.1K videos on the platform. It is an anti-bullying anthem, which sent users into a frenzy creating different trends, POVs, and acting videos. Brye selected a minute of the song that fits nicely on the app. This is quite possibly the perfect example of how to create a song/sound for TikTok.

Tip: Pick a section of your song that is perfect for creating 15-60 second videos. 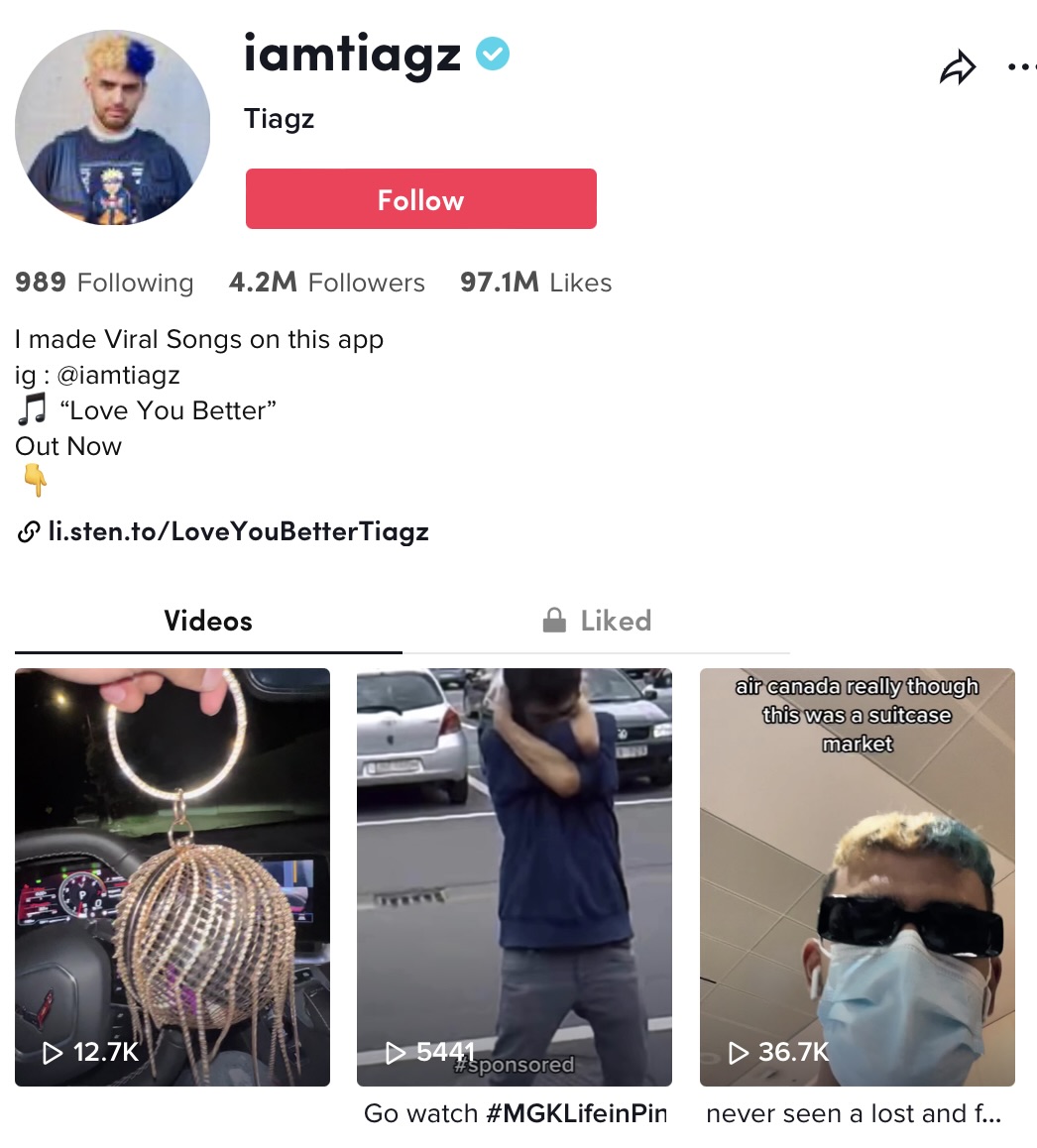 Tiagz makes a lot of remixes to sounds – the most popular being “My Heart Went Oops” (2M videos). He takes a popular sound that people are using on the app and turns it into a hiphop beat.

Tip: Remix some sounds that are already popular! Odds are people will latch onto it. 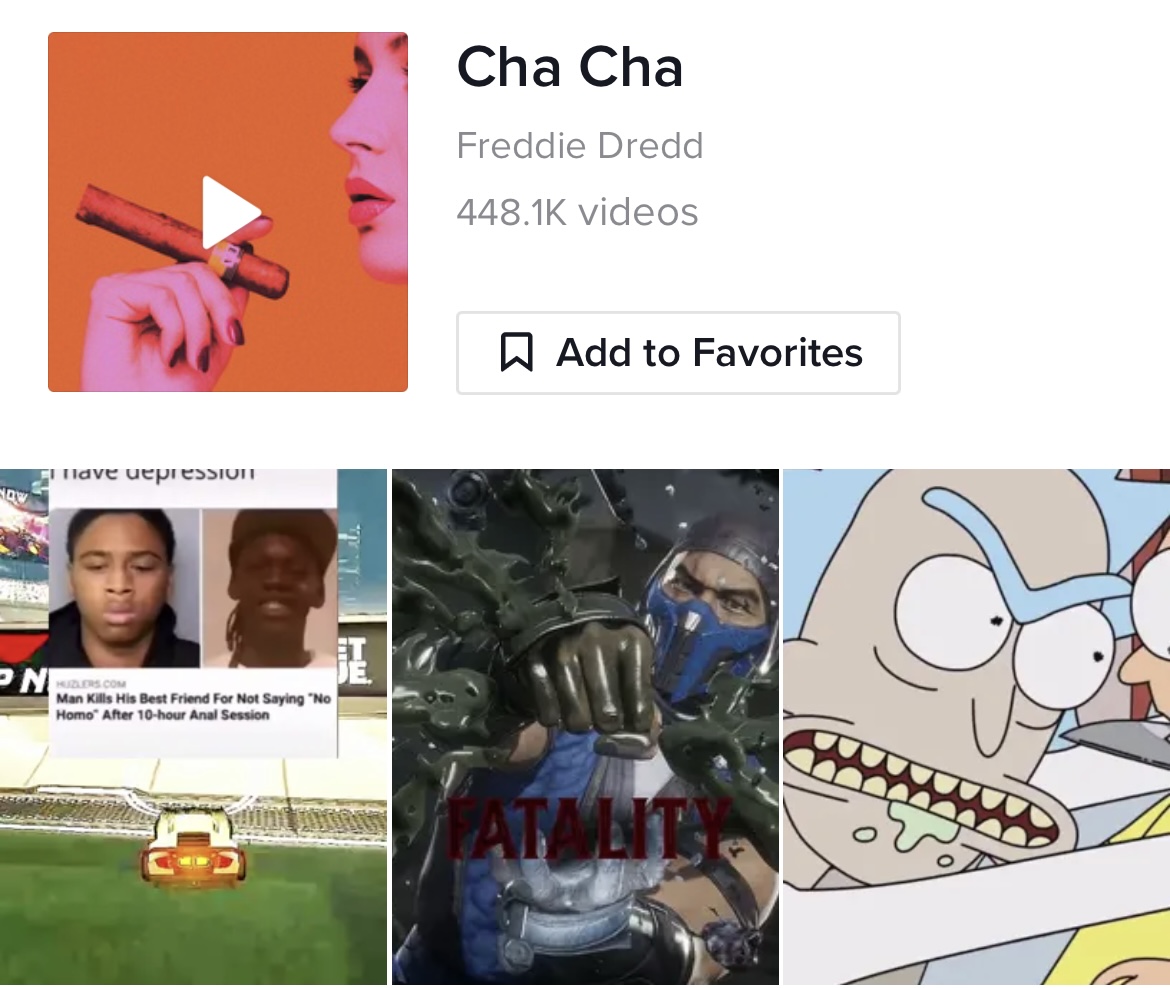 Freddie Dredd is actually not even a user of the app… shocking, right? “Cha cha” has been used in 475.3K+ videos. His songs are catchy and he’s cut the snippets perfectly for people to create dances, POVs, and other videos with.

Tip: We are just going to reiterate the importance of the section of the song you choose to use. We can’t stress enough how important this is! 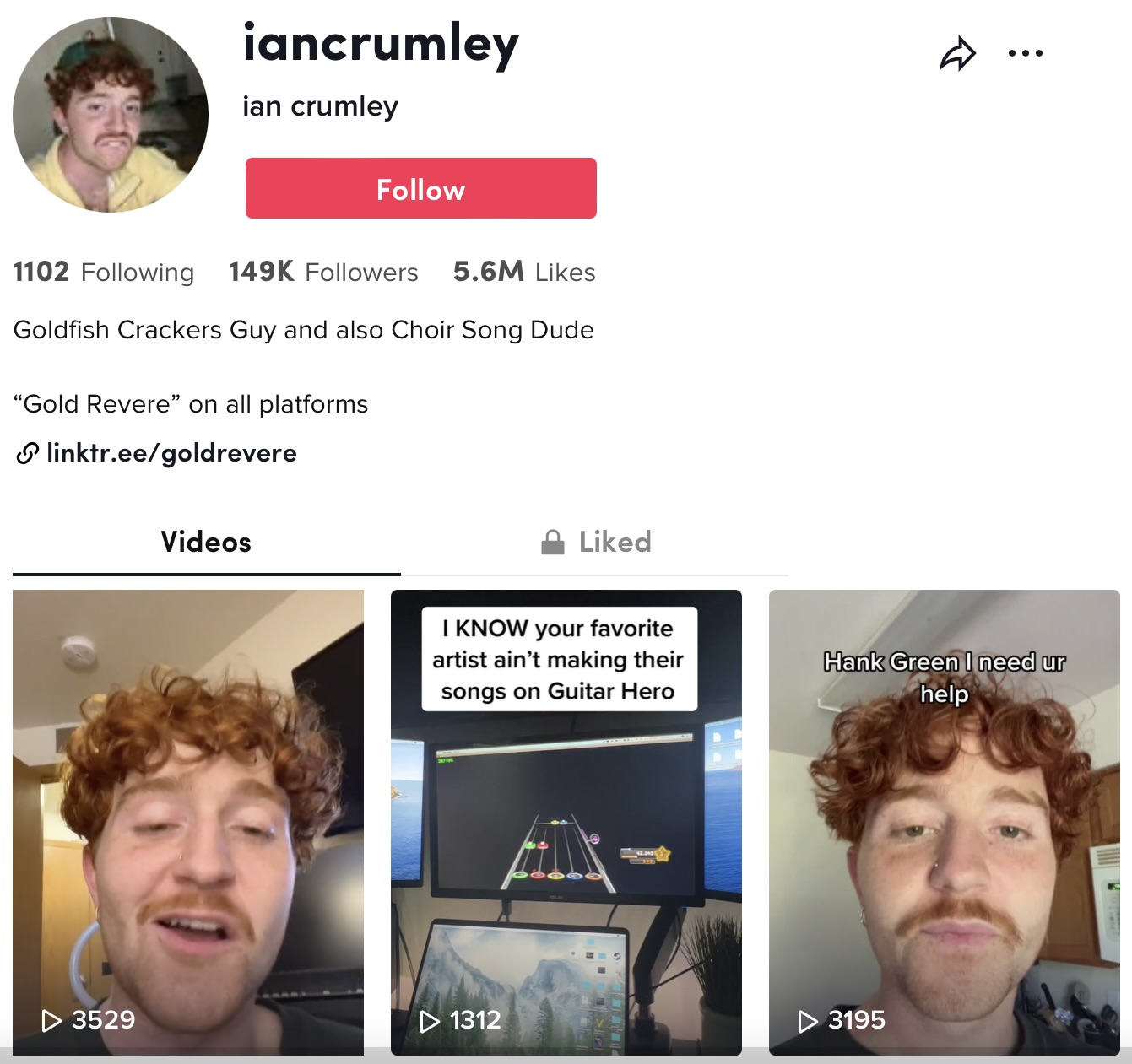 Ian Crumley, AKA Gold Revere, has absolutely KILLED the TikTok game as a small independent rising artist. “Goldfish Crackers” has been used in 13.6K videos. His thing is making dance challenges for his songs, and doing them every single day until he goes viral!

Tip: Make a dance – and do a video with it EVERY DAY using #fyp #foryou #foryoupage as well as other relevant/trending hashtags in your posts. If your song and dance are good, it will eventually pick up! Have your friends and family duet your videos doing the dance.

There you go! 7 amazing TikTok ROCKSTARS to take tips from. But wait… how do I even get my song on TikTok? No problem, we’ve got you covered with that all in this blog post.