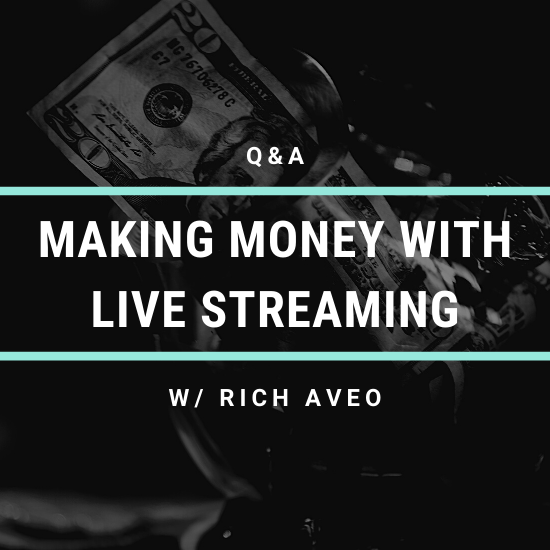 With the continued growth of COVID19 in the United States, many gigging artists are out of work. That’s why they are pivoting to making money with live streaming. Monetizing a live stream is easier said than done. Matt Pelosi hopped on live with our friend Rich Aveo to talk all about how he makes money during the pandemic via live streaming shows.

“Live streaming opens up plenty of opportunities to reach a global audience inexpensively. One of the biggest benefits of live streaming is that your fans consume content on your time. This facilitates direct targeting of the fans who are more likely to follow you.” – Hypebot

Before the pandemic hit, Rich gigged a lot, did a lot of shows, and traveled a lot for those shows. Now that he can’t do that anymore, he’s been able to take that on-the-road schedule and transition it to an online streaming schedule. He has a closer connection with his fans. They show up everyday. He’s also noticed that they’re starting to connect with each other. He’s almost replicating a live venue through live-streaming. All of his fans get to talk to each other and meet each other. He is organically building a community in a new, amazing way.

Rich and his wife do a live show every week night. They have an online tip jar for donations, which is genius! Rich uses OBS Studio for his live streams – allowing him to multi-stream. Rich runs his audio through an outport mixer which is a really intricate set up. He’s clearly taken a lot of time to fine tune his studio set up for these live streams.

Rich also talks about making money with live streaming by implementing a VIP offering – his fans can get up on a higher tier by tipping or donating. Within this higher tier they can request songs, along with other perks. This is a great incentive. It has empowered his fans to remain consistently joining the live streams.

WATCH THE MAKING MONEY WITH LIVE STREAMING Q&A ON YOUTUBE! 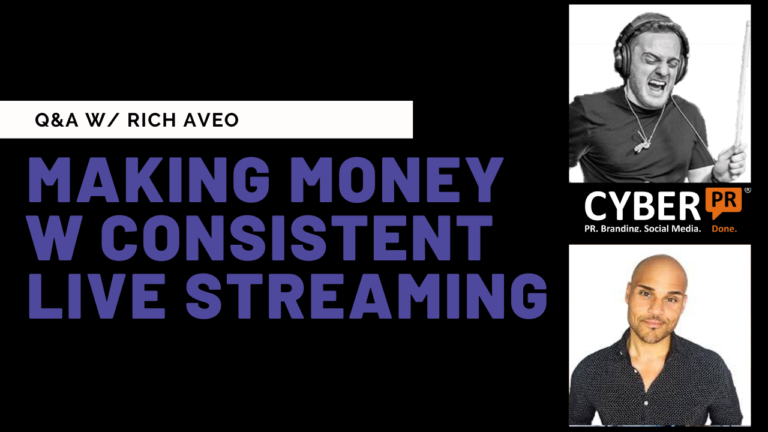 The decision to go live everyday for Rich came from pure emotion. The first time he tried to stream, he broke down emotionally. He was scared. He had to get used to playing in front of an empty room with no audience, no cheering, no energy. The passion drove him to push through it. People still need music, and that’s what pushes Rich forward. He wants to continue this after quarantine, since it has brought his fans together in such a unique way.

Another important aspect for Rich is his mailing list. He was worried at the start whether or not to send an email out – he wanted to be sensitive. He decided to anyway, and his fans actually reached back out and were so excited to join his streams. The email blast was the key driving factor in getting his fans to join.

As for monetizing his streams, Rich says tip jars are the way to go. Offering a song request, or merch, for a tip is the best option. He uses OBS Software to put a banner on his streams with his tip jar links and QR codes.

In this video Rich and Matt discuss:

We will be broadcasting on Facebook, IG, Periscope on Tuesdays, Wednesdays & Thursdays with special guests.