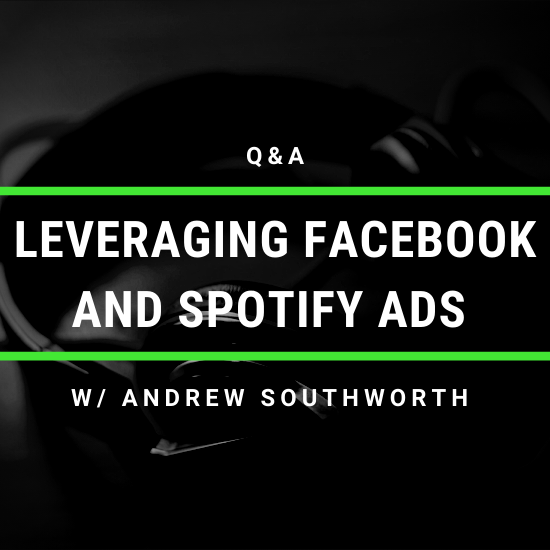 Matt Pelosi, Social Media Ad Strategist at Cyber PR, and Andrew Southworth, music producer and marketer, talk all about leveraging Spotify and Facebook Ads in this Instagram Live Q&A. Andrew is a successful vocalist and electronic music producer who helps other artists spread their music while also having amassed over 500,000 streams on Spotify alone for his own music in the past year.

“Facebook stores everyone’s interests, likes, and dislikes. Why not use this data to your advantage? By understanding how the advertising system works, you’ll be using the same tools and tactics that large companies do to grow their fan bases.” – Output

Electronic music producer and vocalist Andrew Southworth has created a community around helping other artists make music and get heard. He’s been able to generate over 500,000 streams on Spotify alone for his music in the past year, and on his YouTube channel he documents the process so other music creators can replicate his success. Andrew is also the owner of a company called Genera Studios which develops sample packs, Kontakt libraries and courses while also providing mixing, mastering, and marketing services. 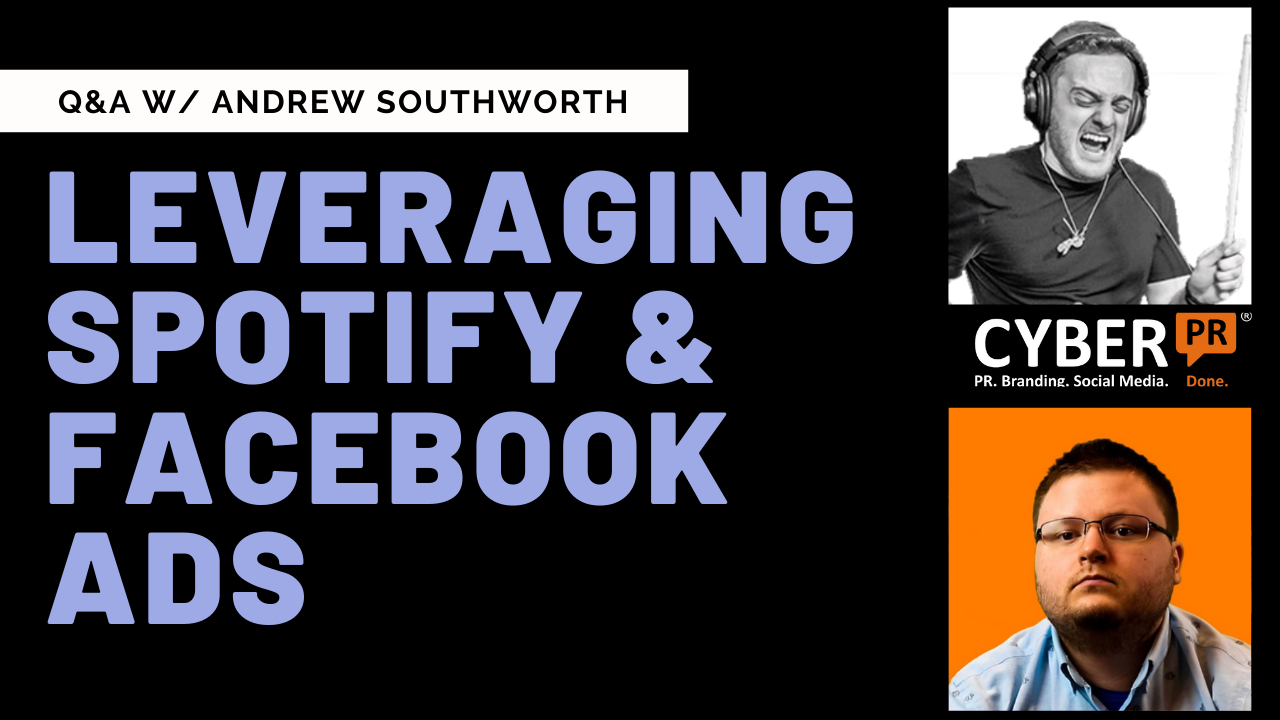 To begin, Matt and Andrew discuss playlist pitching companies. Andrew advises against them because in many cases, you pay them and they place you in playlists they make themselves, and they are not necessarily always good ones. Many times you end up being placed in a playlist that your song doesn’t really fit into, which can hurt your song. When this happens, you will probably get a lot of skips, or your song won’t get many saves.

As a musician, there are many metrics available on Spotify that can help you see how your music is doing on the platform. According to Andrew, the most important is saves because that shows you how many people love your songs so much that they want to save them to their personal library. The second most important is repeat listens because this shows you which songs are being listened to the most. Matt also recommends claiming your artist profile on Spotify so you can see who is listening to your music and where they are. You can also see what playlists you have been added on, and submit your music to Spotify’s curated playlists before a release.

Andrew also talks all about Facebook Ads, and how it can be used as an effective marketing tool on Facebook and Instagram, with Instagram Stories being the best place to advertise your new releases. The reason for this is because as soon as someone sees the Story, they are also hearing a snippet of your music, and if they like it, they simply swipe up. A useful tip is to have the ad be directed to a landing page that has links to your Spotify and Apple Music pages. This way, when looking at your ad metrics, you can see who interacted with your ad, and who actually checked out your pages because of it. These ads are also simple to make, and you can use snippets of music videos to promote your songs.

Matt also discusses how your ad audience is also your music audience and fans. Using ad metrics, you can see who is interested in you and subsequently, who likes your music and will become a fan. Looking at your fanbase also helps you create ads that are catered to them and potential future listeners. This Q&A is very informative for musicians who are trying to find ways to promote themselves, and gives many insights into resources available to them to reach their audiences!

In this video Matt and Andrew:

We will be broadcasting on Facebook, IG, Periscope on Tuesdays, Wednesdays & Thursdays with special guests.