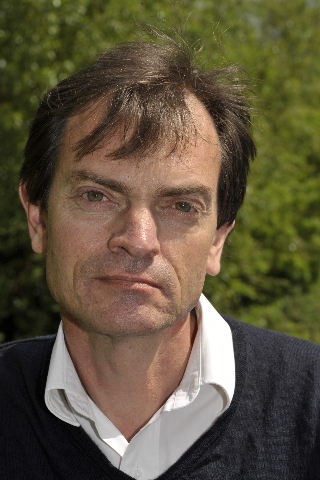 Welcome back to the seventh and final interview in our seven-part interview series ‘Charting the Course: A Radio Promo Discussion’.

The purpose of this series is to explore the world of radio promo, with insights from 7 people who work in and outside of the realm of radio promo, but all of whom have dedicated themselves to advising independent musicians.

Yesterday we spoke with Michael Addicott, Manager of Curation at Pandora.

In the UK radio is still very much the best way to gain mainstream recognition with fans. In addition, even single radio spins on national stations can be a badge of recognition that will assist in getting the attention of those in the music business that you need to impress. Updating a media release mid campaign with ‘Supported by…’ and a name like BBC Radio 1 or Absolute Radio can make a difference to the attention you receive from media, promoters and fans.

For artists coming from overseas, UK radio programmers will generally want to know that you are going to be touring or releasing regularly in the UK and that you have a local team working with you who are helping you develop your UK market presence with other media.

All major and national UK radio have opportunities for self-releasing artists. The national stations certainly stick to a format or perhaps more accurately, a sound. By far the best way to get advice on who to pitch to is to work with a plugger. They also know whom to get the track to, it’s rarely the DJ; and when to get the track to the team programming the show, which is often around six weeks ahead of release.

Another thing you might want to consider is the ‘other’ radio outlets. That is, streaming media platforms such as Spotify. One line of attack I take with some artists is to ensure that we create a Streaming Platforms Only release dated around two weeks after we start going to radio. That way potential fans who discover your music via whatever channel can easily find your music and listen on demand which can create the kind of connection you are looking for from radio. UK radio still wants a ‘release window’ whereby they have the track for around six weeks before the track is released but they seem to be tolerating streaming media pre-releases.

Leaping from obscurity and your day job straight to national recognition is more likely to come via a track going viral on YouTube. Australian artist Gotye was catapulted to international attention before radio had time to get on the bandwagon, however it’s worth noting that Gotye was an established artist in his home scene and had a very professional team around him assisting him along the way. Many artists who suddenly arrive in our ears via multiple radio spins have had several years of growing their campaigns.

However aiming at radio is certainly not a waste of time. To see why have a look at my answer below with regards measuring success.

Getting even a few individual plays on nationally broadcast radio in the UK takes a lot of work on behalf of a team of people, getting playlist or regular programmed daily spins is insanely tough and often only comes after the artist has had several tracks played on a station and that stations’ audience is acquainted with the artist and the audience has reacted positively to their previously played music.

Radio should be part of a multi strategy campaign with realistic targets set for each campaign to take you from one rung on the ladder to the next.

It depends on how you measure success.

I have been working with an artist where we took 4 different singles to radio over a 12 month period. Each single gained around 4 to 6 spins on national radio. Are we disappointed? No, the team is ecstatic.

We’ve gained some new audience but perhaps more importantly we have developed relationship for the artist and their music with numerous radio shows who will be the foundation of further and more developed campaigns. In addition we’ve shown the UK music business that this artist can regularly produce quality music and the spins have fed into the rest of the campaign giving press and live booking members of the team material to talk about that have grown what they are doing for the artist. It’s important for me to say too that it’s part of a two year arc of development that we formulated at the end of 2011.

5. How do you make a radio campaign last or have a future impact once you begin to slip back down the chart (assuming you already are up the chart)?

You need to think more in terms of, how are you going to make the effect of the campaign last. Radio campaigns in the UK tend to be short and intense with a track being presented to programming teams from around six weeks ahead of release. I ask artists working with me to have the physical promo discs on my desk around eight weeks out. Yes, we still use physical. There is not enough bandwidth for me or radio programmers to download all the material we get sent.

However before I start going to radio for a client I expect that they have been promoting the track online for around four weeks at least. Talking to your audience and telling them that you are about to start presenting to radio can cause excitement in the front half of a campaign. If you do get spins then you can talk about this during your campaign cycle and of course reference these spins on your next cycle. If you’re a new or unsigned artist then I need angles to get your material in front of programmers. Here’s a track by an artist you never heard of is not a very compelling conversation but, if this new artist has 300,000 YouTube views for this track, it will at least get a listen.

6. How can you best leverage social media to work with your radio campaign (or is this not possible?)

Radio programmers will often tell a plugger when they are going to play a track ahead of time. Of course they are expecting you to use this information to bring your audience to the show and it’s something to talk about with your fans via social media.

Many radio shows monitor their social media in real time during the broadcast looking for listener reaction to a track, particularly with new artists. Giving your fans the @name for a show or DJ is a good idea so that fans can express directly to the show team how excited they are to her your track. Some shows that feature new artists list their playlist on Facebook after the show calling for feedback on stand out tracks. I think you know what to do with this information, right?

Finally you can embed the listen on demand audio stream on Facebook and your website telling fans at how far in time into the stream your song plays. Major radio operators have highly detailed analytics showing where clicks are coming from. If you appear in their analytic lists its fuel for their thinking in terms of listener reaction but regardless makes a great website or Facebook post.

Any radio campaign should only be undertaken as part of a wider strategy. It’s no use sinking all of your available funds into radio if you are not doing online PR and or touring backed by a local press campaign.

Take a realistic look at where you are in your audience development. A very new to radio artist is very probably not going to win widespread radio support in the UK. Spending the £2k ( $3231 USD) on a national campaign will be a waste of money however a highly targeted campaign aimed at hitting initial radio targets delivered by a mutli-discipline agency is more realistic. If you get radio exposure then you can leverage these spins into the rest of your campaign building profile as you go along.

Don’t use services that just service to radio. This often means that they simply post the track to the programmers. Whist this will get you in front of the right people, competition for radio is so great that only by backing servicing up with pluggers face to face meetings can you really expect results.