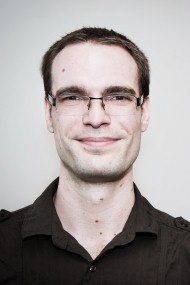 Welcome to the third of our seven-part interview series ‘Charting the Course: A Radio Promo Discussion’.

The purpose of this series is to explore the world of radio promo, with insights from 6 people who work in and outside of the realm of radio promo, but all of whom have dedicated themselves to advising independent musicians.

Today we hear from Dave Cool, Director of Artist Relations at Bandzoogle!

I’d say definitely College & University radio. They’ve always been on the cutting edge of indie music and most open to new music, so it’s a great place to start. Of course, if we include Internet radio, then there are also countless stations that also play indie music.

I’m not totally sure. Because of increased media concentration, with only a few companies owning the majority of commercial stations who then control the playlists, my sense is that it would be very challenging to get onto commercial radio. Unless you have a verifiable hit on your hands, chances are you’ll be frustrated trying to break into commercial radio.

It all depends what your goals are.

You’re not likely to chart or get onto heavy rotation on each and every station you send music to, but if you’ve sent music to 10 stations, charting on 3 or 4 might be a good goal to have.

Or maybe your goal the first time around is to simply raise awareness about your band to the Music Directors at stations and get added to their playlists.

Or it could be measuring the hits on your website coming from cities where you’ve sent music to radio stations. If you’re getting increased traffic (and hopefully newsletter sign-ups and/or music sales), chances are the radio campaign is working. Same for new likes on Facebook and new followers on Twitter. Looks at your stats and see where those people are from.

There can be a lot of ways to measure success with a radio campaign.

5. How do you make a radio campaign last or have a future impact once you begin to slip back down the chart (assuming you already are up the chart)?

You can of course ask fans in that city to request your song to keep it high on the charts, you can do an interview at the station, or coordinate a giveaway with the station for CDs, tickets, other merch, etc. After that, you just need to make sure to have kept track of your highest chart ranking and add that information to your digital press kit and on your website so other industry people (and fans) can see how well you did, which might help open up doors for other opportunities.

6. How can you best leverage social media to work with your radio campaign (or is this not possible?)?

It’s definitely possible to use social media to complement a radio campaign. You can ask fans on social media to request your music at specific stations, you can team up with radio stations on social media contests/giveaways, update your fans on your chart progress at stations. And if you’ve done any radio interviews, you should of course post the audio to your social media profiles.

I would advise them to shop around for experienced radio promoters/trackers, and preferably people who work specifically in their genre. Chances are those people will have relationships not only with music directors, but also with specific hosts who program music in your genre.

Secondly, I’d advise artists to work with their radio promoter on setting goals for the campaign, so each is clear what the expectations are. And any good promoter will keep you updated on a regular basis on the campaign’s progress, so you can see how things are going and make adjustments if necessary.

Come back tomorrow for part four of ‘Charting The Course: A Radio Promo Discussion’ with Adam Lewis of Planetary Group.