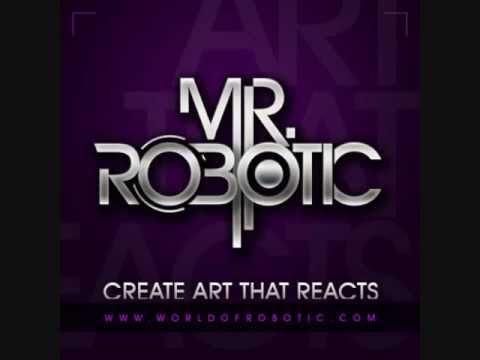 A few weeks ago I got a tweet from Mr. Robotic, asking if I could include him in my In Defense of 1,000 True Fans series.  I love meeting people via social media, and what follows is the first artist who has approached me to tell his own story.  It’s the perfect roadmap of how to take full advantage precious TV placements.  Instead of the usual interview, I’m combining my “How To” article format (Sound Advice) with this In Defense of 1,000 True Fans piece, giving you an action plan. This article is so long it will be delivered in 2 parts.

When I teach master classes to artists I often get asked:  How do I leverage a TV placement?

Creating more fans and friends from a hard-earned TV or film placement takes a combination of fast action and solid strategy. In the end as evidenced here by Mr. Robotic, this combination can really pay off!

First: A back-story and a word of precaution: I have stood by and watched helplessly now as two of my Cyber PR® clients (who shall remain nameless) have been included in NATIONAL TV spots (one on an Apple commercial and one on a car commercial) and completely squandered these massive opportunities to make new fans.

Getting placed on TV is not easy and these two clients had hit the jackpot. Not only do you get paid for a TV placement, you also get residual income each time it airs but that’s only HALF of a placement’s potential.

Their music was getting exposure multiple times in front of millions of people on TV. Then as the massive opportunity (and potential future income) to capture and engage fans was literally pouring out of the machine, they walked away…  How?  By not setting up the bucket to catch the coins.

Imagine this, a fan hears the song and likes it and heads straight to Google to find out what it is and then Eureka!  He finds it and heads to the website of the artist he just discovered…

One artist had a landing page that said “website coming soon” and the other had a ReverbNation page that was so confusing, I’m certain that potential fans just clicked away, looking to  downloaded the track from a free site, never to be heard from again.

When potential fans come your way it’s your job to leverage everything you can to engage them (and for gods sake get their email addresses!)

And now the wise words of how Mr. Robotic does exactly this:

Ariel Hyatt: How do you make the 1,000 True Fans theory work for you?

Mr. Robotic: Well, I set up a model using TV and film placement in conjunction with Twitter, YouTube, blogs and social media as a way to gain both exposure and income.

For example, my song “Earth Girls (HouseMix)” was placed on MTV’s “Jersey Shore” and  my name appears in the credits. So, people begin to recognize who I am, and they head to Google or YouTube [the top 2 search engines online] to find me.

Here is how Mr. Robotic takes FULL ADVANTAGE of his Jersey Shore Placement:

STEP 1: YOUTUBE UPLOAD: BE ON THE 2ND LARGEST SEARCH ENGINE ON PLANET EARTH

Mr. R: I uploaded the song that was airing that night onto YouTube.

I did this because I knew if Jersey Shore viewers loved the song they would want to find it somewhere and what better way than to have it streaming on YouTube.

AH: This is a smart tactic as YouTube is now the second largest search engine in the world.  With the new impossible MySpace navigation more people are finding YouTube’s interface and ease of use superior for listening to music.

But Mr. Robotic didn’t stop there, he took the time to skin his YouTube channel and he made sure to comment back to every single person who left him a comment.

Just as Secrets In Stereo pointed out to us the KEY is to engage with fans as they are excited about the song on TV, and get them into your Community 2 or 3.

STEP 2: USE ANALYTICS TO YOUR FULL ADVANTAGE

In this case Mr. Robotic is using Topspin to monitor his activity but there are many other effective and free platforms you can use to track your social media analytics.  I suggestGoogle Alerts, Hootsuite, and Next Big Sound

Mr. R: In my Topspin account, I get a notification when anyone mentions “Mr.Robotic”

So, the song played on Jersey Shore during a club scene, and literally right as it aired all of my “future supporters” started mentioning my name and saying how much they loved my song.

I closely monitored my Twitter. As each person mentioned me, I followed, retweeted, and responded. They would in turn follow me back.

AH: I call this new fan an Ambient Fan in Community 3 These fans are your passive online audience, and they are your social media friends who are aware of you via Twitter, Facebook, Last.fm etc., but don’t actively communicate with you and may not have even heard your music (yet).

TIP: Topspin is now open to all artists who want to take advantage of their powerful marketing tools and widgets.

Mr. R: Back over on YouTube, my song was getting a lot of streams because that episode aired to 6.7 million viewers. I made sure that I had added my iTunes link for the album

Since people were reacting so well to the song, I knew I could generate sales due to the fact that and the only way they could hear it was:

Choice B) Purchasing it from iTunes

So far I’ve sold 2,029 copies of the single in the month since it aired.

Mr. R: I next took a clip of the Jersey Shore scene my song was in and sent it to blogs along with my iTunes link.

All of his outreach and efforts resulted in a placement in mainstream media.  Mr. Robotic was interviewed by NBC in Chicago, which helped drive even more traffic to his online presence  (not bad for future placement opportunities and Googliciousness).

STEP 5: SHOW PEOPLE WHERE TO BUY IT – AND iTUNES IS WHERE PEOPLE BUY MUSIC

Mr. R: So to recap: You hear me on TV and you see my name, you go online and search for my song and my name which you easily find on YouTube, Twitter and on, blogs and all of that works together.

So using this strategy, here’s what happened:

1. People reacted to my music featured on TV.

2. New fans “discovered” me after they heard the song by Googling my name and or my song title.

3. They ended up at my website, on YouTube or on a blog featuring me since those results pop up first.

This is KEY and this is what was missing in the scenarios of my two Cyber PR® Campaign artists.

And here is another strategy that will also work:

Use a widget (follow any link below for my favorites) that collects email addresses in exchange for the featured track. This is INSTANT gratification for your potential fans!

They already like the song (they heard it on TV) and that is what drove them to your site, to begin with. Now give them what they want.

After you collect the names you must send regular and consistent email newsletters to stay in contact.

Mr. R: Since I found more “future fans” (Community 3) on Twitter my followers went up.

And on YouTube, my views increased along with my subscriptions, interactions and friend requests. Also, I have songs being played in clubs and on radio mix shows,  which also helps! 🙂 All of that translated into sales and fan conversion.

AH: Can you give us a breakdown, percentage-wise, of your income from your music career?

Check in next week to see how Mr. Robotic Identifies Fans And Makes Them Feel Truly Special…

In the meantime, hang with Mr. Robotic: