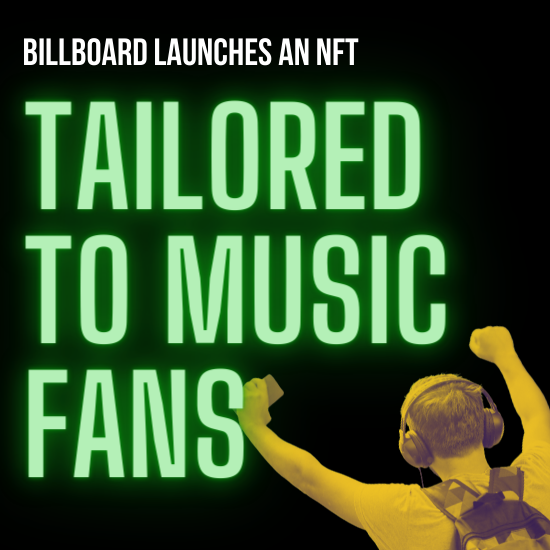 NFT’s – we’ve heard this jumble of letters time and time again over the past few years. Some of us might’ve picked up on this early on and have a collection of art to display as an NFT. Others might be thinking, oh gosh this again? NFT’s are the future. We’re seeing this become more of a reality with Billboard launching its first scalable NFT product. Billboard has partnered with Universal Music Group (UMG) to provide this digital experience to music fans.

What Is An NFT?

Time for a quick refresh! What is an NFT? NFT stands for non-fungible tokens. In other words, you are purchasing (or selling) a unique piece of digital art that cannot be replaced. The technology behind an NFT uses a blockchain similar to cryptocurrency. However, this blockchain can store extra information such as NFTs, which makes it different than any other form of crypto.

Now introducing ChartStars! Billboard and UMG hit the NFT market with their collection of artist-focused digital artwork known as ChartStars. This NFT will feature artwork commemorating artists from UMG’s roster for the achievements and milestones on Billboard Charts. Some chart achievements that qualify include: Billboard’s Top 25, length of time on a chart, simultaneous number of songs on a chart, and historic chart records, among others.

Now, just what is this collection? Billboard’s NFTs are collectibles that feature officially licensed art and creative, including short visual clips from music videos, album photography, and more. Below is an example of what we believe ChartStars will look like after looking at Billboard’s Women In Music NFT collection recently released.

In addition, collecting and gamification have also been built into the platform. These are expressed through collector leaderboards, challenges, and true utility baked into smart contracts. These contracts include things such as special access to Billboard Live events. To appeal to the gamification aspect of platform, fans who participate in challenges will receive real life prizes.

Billboard and UMG reached out to Unblocked as a tech partner. This company will help with the sale of NFTs across the web. Unblocked shares their capabilities by making known that they are backed by Dapper Labs. Dapper Labs is another tech company responsible for popular game, NBA Top Shot. With Unblocked, ChartStars is able to accept credit cards for collectibles. Even more amazing is the company’s use of the Flow Blockchain. The Flow Blockchain platform is more environmentally friendly than other mainstream blockchains.

What This NFT Does For Indie Artists

Both Billboard and UMG issued statements regarding their ideas about the future of this NFT. Billboard and UMG are giving back to their loyal and faithful fans in a unique and special way. This NFT is here for both artists and fans. ChartStars will allow artists to maximize their creative and commercial potential while forming stronger bonds with their fans. The NFT is creating a ground-breaking new way for artists and fans to celebrate unique achievements and cultural moments within Billboard Charts. By being able to share ownership of a moment in time with their favorite artist, fans now have something worth purchasing.

NFTs are the new ways fans can interact and share ownership with today’s top artists. The unique ability to own one master copy from someone you idolize is what makes these NFTs so desirable. Billboard and UMG are selling their first ChartStars products in May.

Did all this NFT talk give you a headache? Don’t worry, we’ve got just the thing! Download our FREE Music Publicity Checksheet to learn about what makes a campaign successful and how to achieve publicity for yourself. 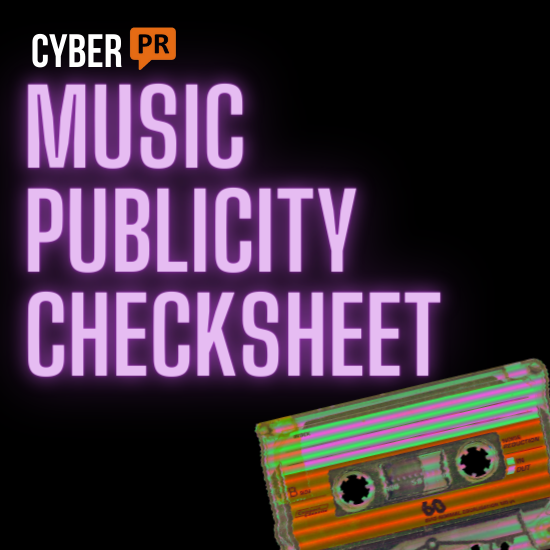