Should I Run A Presave? 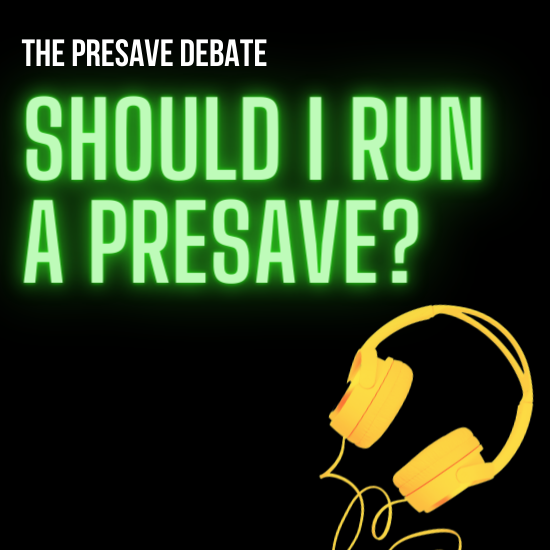 Ah, the question every artist in the world is asking themselves right now: “should I run a Spotify presave for my release?” There is no short, or really correct, answer to this. There are so many variables that go into the thousands of releases that go up on Spotify everyday, and so many nuances to consider before answering this question. RootNote’s incredible article “Stop Asking People to Presave Your Song” inspired us to give our own two cents on the presave debate. Let’s break it down and debunk some myths, shall we?

What are the benefits of a presave?

Artists don’t just set up a presave for fun. There are a lot potential benefits that come into play when considering creating a presave link.

These are only a handful of benefits that we will be focusing on. Let’s talk about them!

When it comes to getting in front of Spotify’s editorial team, the best thing that you can do is submit via the Spotify for Artists backend. If you look into any of Spotify’s promotional material or best practices suggestions, the term “presave” is never mentioned. That is because a “Spotify presave” really isn’t a Spotify presave at all. They are all run through third party companies that gain access to Spotify’s API. We could get into all the technical details, but we will keep it short: Spotify allows these companies to access user accounts and add music to their libraries, which is what happens from your presave link on release day.

Getting in front of the Editorial team at Spotify is not an easy feat. There are many elements that go in. The best advice we can give you is to fill in as much information as possible, within as much time before release date as possible, and write a killer pitch that really grasps their attention and makes them want to listen to the track. Also, get some word out there beforehand – work on getting some PR features, some independent playlist adds on release day, and even a premiere a few days before release day so that you have some SEO ahead of time.

When asking yourself “should I run a presave?” it is important to consider the algorithm. Spotify’s algorithm is tricky – and we are sure it’s deepest secrets and functions will never be revealed. That being said, there is a lot of talk surrounding what a presave can do to trick the algorithm on release day. In our humble opinion, this is not totally correct. A bunch of follows on release day, while can’t be a bad thing, will not trigger Spotify’s algorithm or get you added to Discover Weekly. The truth is, a presave link does nothing to incentivize your fans to actually listen to the song on release day. In fact, it kind of encourages them not to. If you push a presave link too hard, your fans will just press the button and think they have done their job in supporting you.

The only thing that can trigger Spotify’s algorithm on release day is the ratio between listeners and followers (AKA – those that auto-followed you from your presave link, and those that are actually streaming the song on that day). In fact, the auto-follow function on a presave link is usually only available to those who pay for the third party service they are using – like Feature.fm.

This is our favorite benefit and not one that we will “de-bunk.” While again this is likely a paid feature from your presave provider, it’s an important one. We are always talking about how important your email (or text) list is. This is the only form of direct communication you will have with your fans that doesn’t have a pesky algorithmic wall in front of it. If one of your main goals is to use your release to grow your email list, this is a huge benefit that should be prioritized.

This is another huge benefit to be considered in the “should I run a presave” debate. That being, if one of your goals for using a presave link is to gain data on your fans. This data can be used to further narrow your target audience for not only organic engagement, but for targeting digital ads on all platforms and really finding the people who can turn into mega-fans and support your career. It’s one thing to be able to create great music, it’s another to be able to put yourself in front of the right audience and grow.

Getting that follower number up on your Spotify artist profile can prove to be a very difficult feat. Presave links make this easier by allowing you to force the person who presaves your song to automatically follow your Spotify account on release day. While getting this number up is important, it only matters if those followers turn into listeners and continue to save and stream your music. If you are just gaining a bunch of empty followers who won’t stream the music on release day, it will not be telling Spotify’s algorithm anything other than that the people who presaved your song don’t actually want to listen to it. 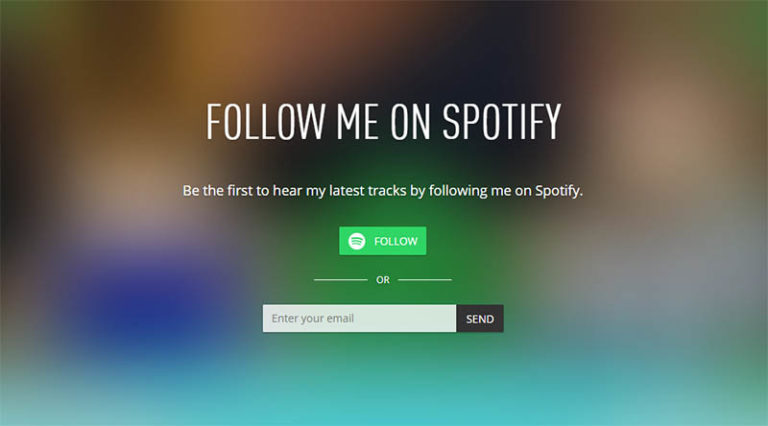 Should I run a presave?

Final answer: it depends. All artists have different goals when they are releasing music.

If you want to run a Spotify presave for the sole purpose of tricking the Spotify algorithm, we would say that while you should run it, it should not be your main focus. You should be paying more attention to your Spotify editorial pitch, PR features, and asking your fans to actually stream the song on release day rather than making the main CTA just to presave the track.

If your main goals are to collect data and email addresses, that absolutely you should run a presave and push it hard to get as much information as possible. Just keep in mind that your ROI will not be in the form of Spotify numbers, but instead in the amount of emails and data you receive.

This is just the tip of the iceberg on how to market your release. Check out Ariel’s Ultimate Guide to Music Publicity for music marketing and publicity hacks, out now!