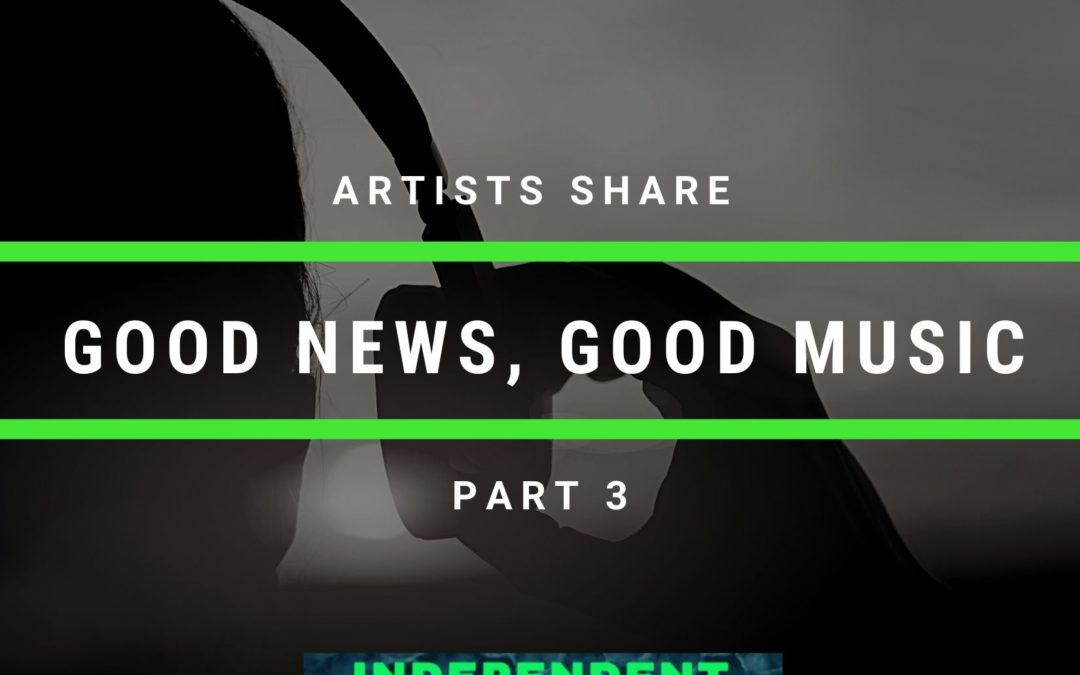 We continue to be touched and moved by the depth of sharing and Good News that is coming from the Cyber PR Music camp. And we are not surprised! Ariel and her team have sent us some of our favorite gems over the years. We are pleased to bring you part 3 of our 4 part series that will be included in Independent Artist Buzz Spotify Playlist. 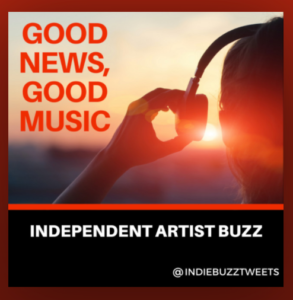 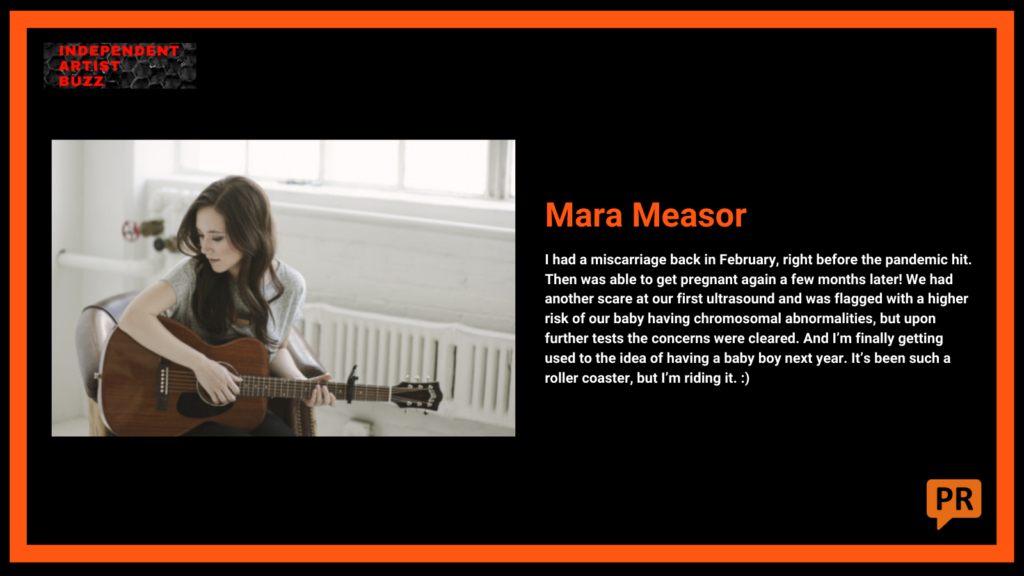 Mara Measor | “Love Will Find You”

Is Now An Expectant Mother During A Global Pandemic

I had a miscarriage back in February, right before the pandemic hit. Then was able to get pregnant again a few months later! We had another scare at our first ultrasound and was flagged with a higher risk of our baby having chromosomal abnormalities, but upon further tests the concerns were cleared. And I’m finally getting used to the idea of having a baby boy next year. It’s been such a roller coaster, but I’m riding it. 🙂

Experienced Loss, Family Members With COVID & Made Music To Heal

Our daughter-in-law came down with Covid and is still fighting it, and our granddaughter Ariella tested positive as well, but being eight years old, she didn’t really exhibit any symptoms.  Lost a couple of friends to pneumonia and strokes, cancer in some other friends, car accidents wracked up a good friend, and then the election happened.  Life rolls on, faith in our Higher Power keeps us sane, and had a lot of time to work on recordings this year. Val Starr, my wife and bandmate, has written a great blues song that we’d like to share with you about all of us pulling it back together again.  Called “Whether Blues” , whether you’re right, whether you’re wrong, don’t mean a thing till we get along” 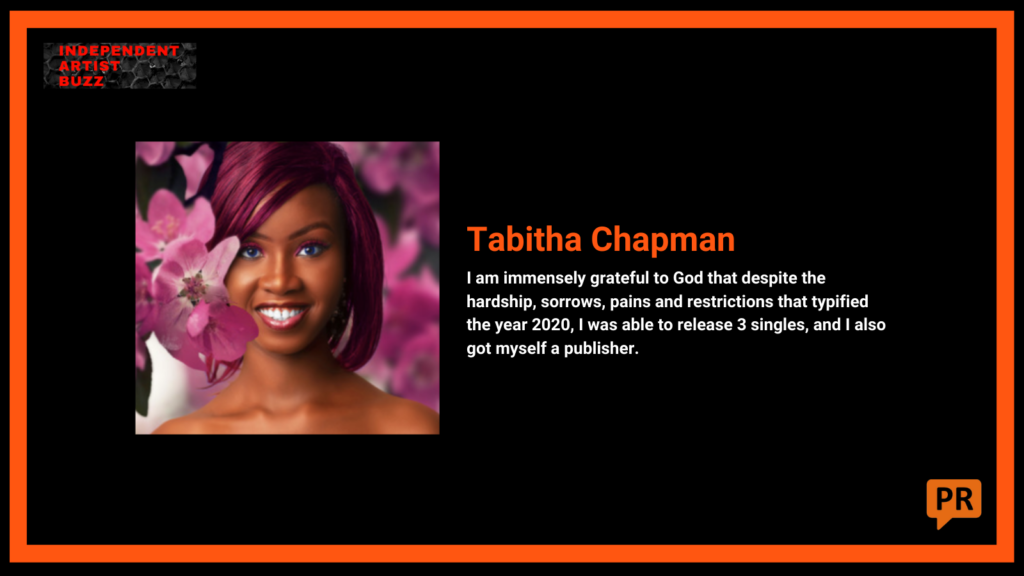 Got A Publishing Deal

I am immensely grateful to God that despite the hardship, sorrows, pains and restrictions that typified the year 2020, I was able to release 3 singles, and I also got myself a publisher. 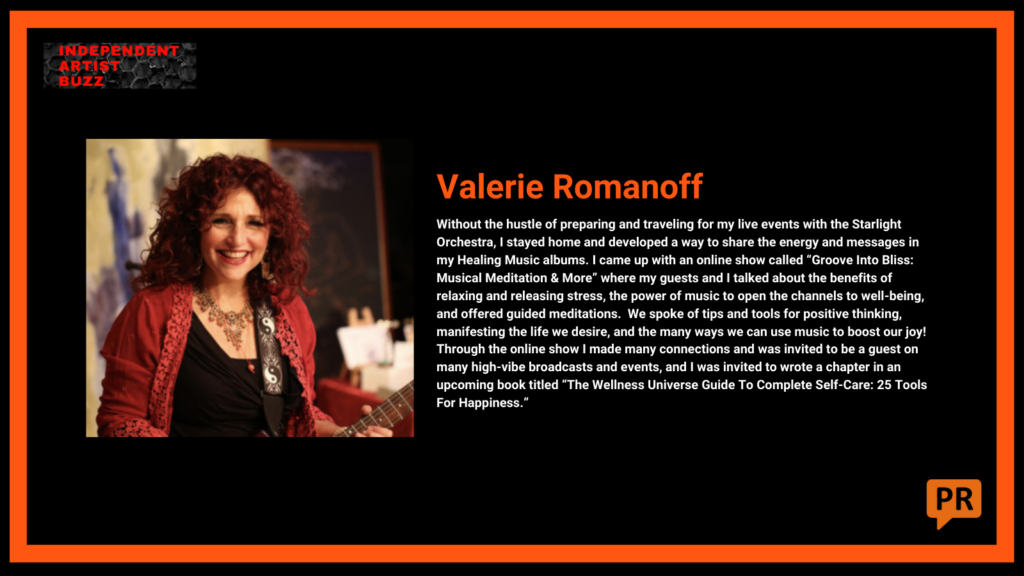 Without the hustle of preparing and traveling for my live events with the Starlight Orchestra, I stayed home and developed a way to share the energy and messages in my Healing Music albums. I came up with an online show called “Groove Into Bliss: Musical Meditation & More” where my guests and I talked about the benefits of relaxing and releasing stress, the power of music to open the channels to well-being, and offered guided meditations.  We spoke of tips and tools for positive thinking, manifesting the life we desire, and the many ways we can use music to boost our joy! Through the online show I made many connections and was invited to be a guest on many high-vibe broadcasts and events, and I was invited to wrote a chapter in an upcoming book titled “The Wellness Universe Guide To Complete Self-Care: 25 Tools For Happiness.”

Released Home-Recorded Music During The Pandemic

I released whilst we were in the heart of the lockdown during the month of April. As India went into a historic lockdown with over 1 Billion people being asked to stay indoors, the air of anxiousness and uncertainty brought out this song called Keep The Hope Alive! The only feeling we all had at that moment in time.

I felt like it was a message that needed to get out there and once we recorded it out of my home studio (no access to studios because of the curfew lockdown situation) I posted the song on to Youtube and Facebook with a video and subsequently after that we did an official audio release in July. So this is the story about this song I released as the whole world went into lockdown. 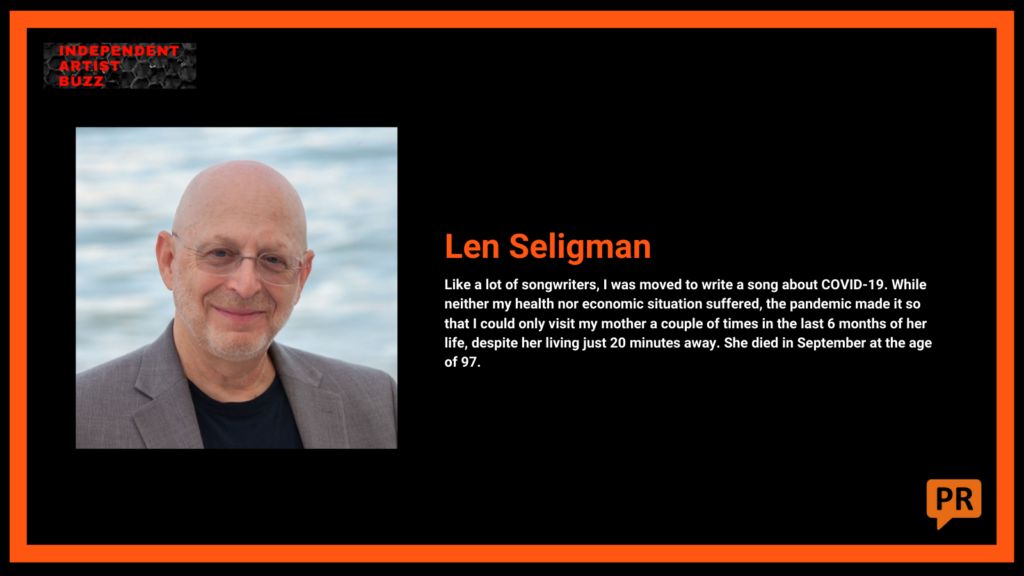 Turned The Tragedy of Losing His Mother Into Beautiful Songwriting

Like a lot of songwriters, I was moved to write a song about COVID-19. While neither my health nor economic situation suffered, the pandemic made it so that I could only visit my mother a couple of times in the last 6 months of her life, despite her living just 20 minutes away. She died in September at the age of 97.

When I looked inside to see what story I wanted to tell about the pandemic, I quickly knew that it would be about the beautiful ways people have shown up for one another. Yes, there’s been enormous suffering, but it’s also been extraordinary to see the tremendous upwelling of compassion that the suffering has brought out. That is what inspired this song. 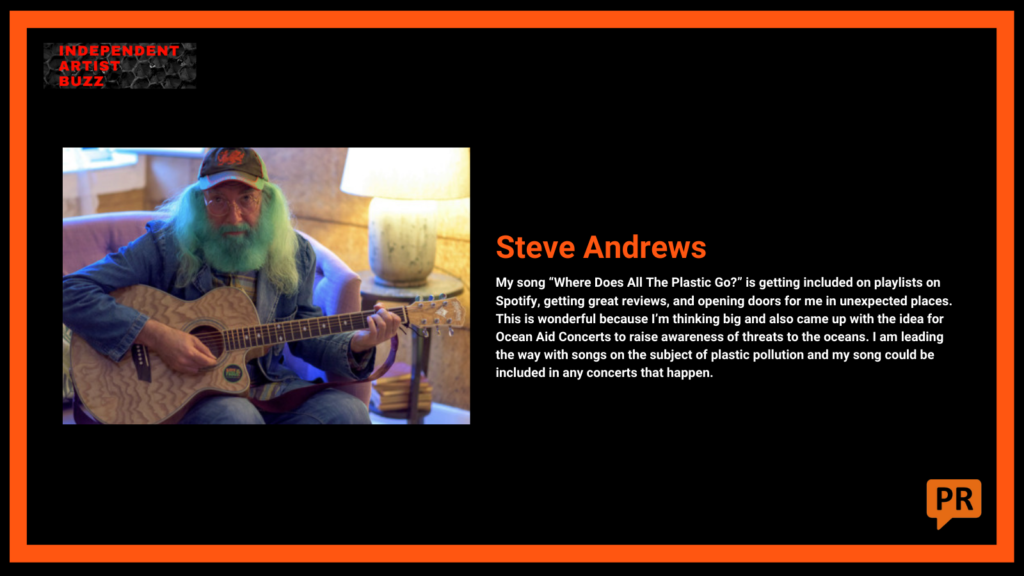 Steve Andrews | “Where Does All The Plastic Go?”

My song “Where Does All The Plastic Go?” is getting included on playlists on Spotify, getting great reviews, and opening doors for me in unexpected places. This is wonderful because I’m thinking big and also came up with the idea for Ocean Aid Concerts to raise awareness of threats to the oceans. I am leading the way with songs on the subject of plastic pollution and my song could be included in any concerts that happen. Excited to be added to the Independent Artist Buzz Spotify Playlist! 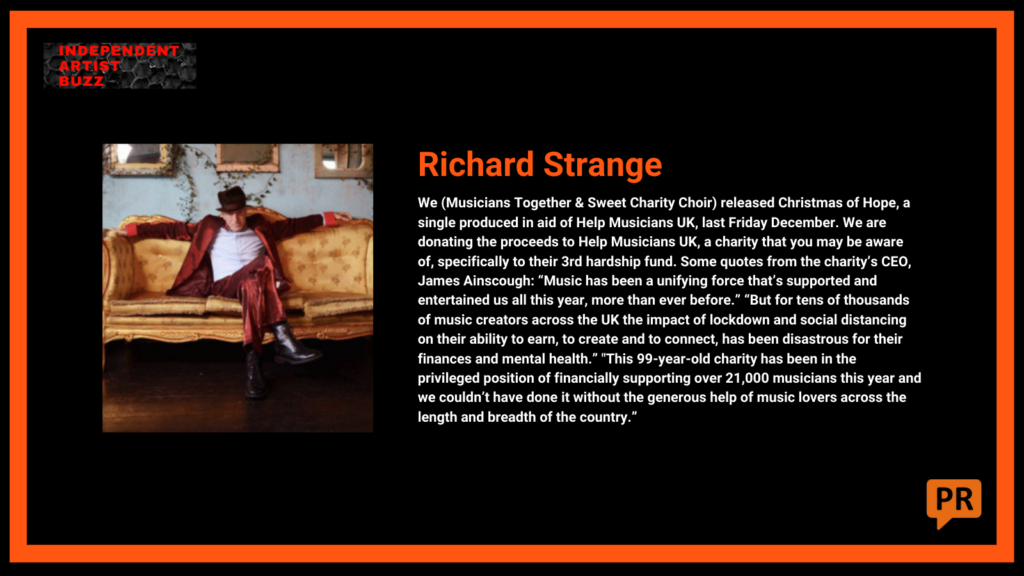 We (Musicians Together & Sweet Charity Choir) released Christmas of Hope, a single produced in aid of Help Musicians UK, last Friday December. We are donating the proceeds to Help Musicians UK, a charity that you may be aware of, specifically to their 3rd hardship fund. Some quotes from the charity’s CEO, James Ainscough: “Music has been a unifying force that’s supported and entertained us all this year, more than ever before.” “But for tens of thousands of music creators across the UK the impact of lockdown and social distancing on their ability to earn, to create and to connect, has been disastrous for their finances and mental health.” “This 99-year-old charity has been in the privileged position of financially supporting over 21,000 musicians this year and we couldn’t have done it without the generous help of music lovers across the length and breadth of the country.” 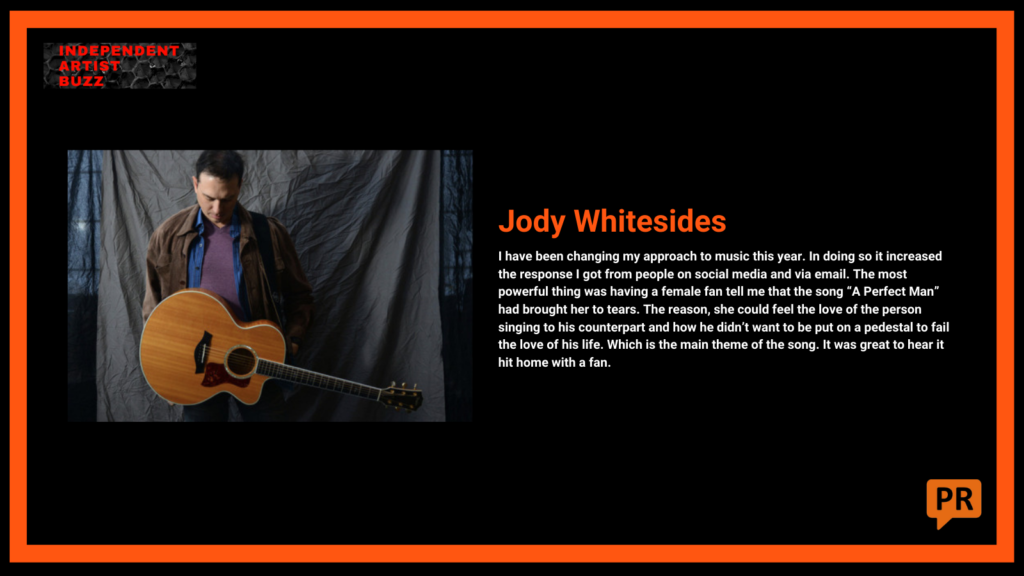 I have been changing my approach to music this year. In doing so it increased the response I got from people on social media and via email. The most powerful thing was having a female fan tell me that the song “A Perfect Man” had brought her to tears. The reason, she could feel the love of the person singing to his counterpart and how he didn’t want to be put on a pedestal to fail the love of his life. Which is the main theme of the song. It was great to hear it hit home with a fan. 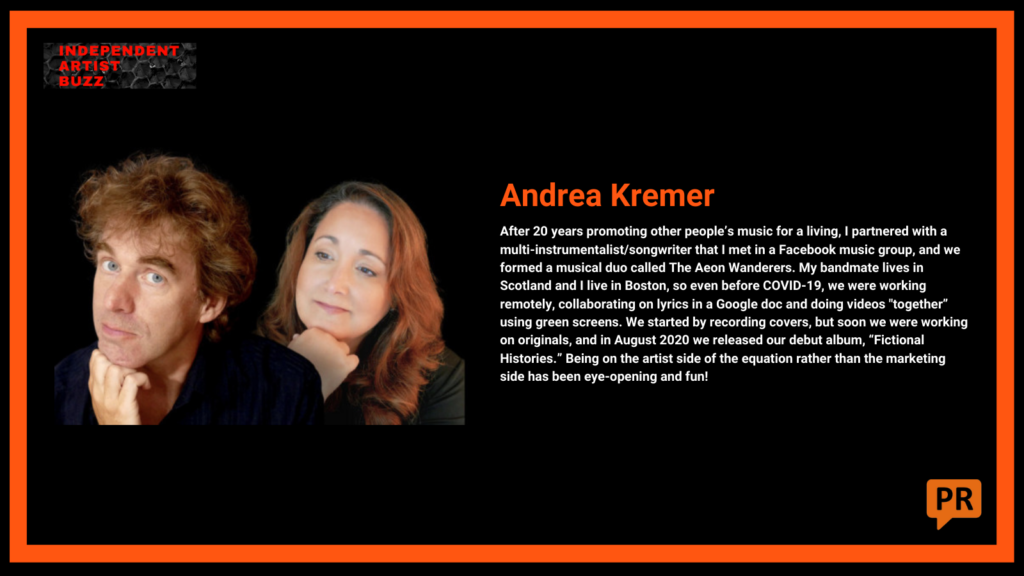 After 20 years promoting other people’s music for a living, I partnered with a multi-instrumentalist/songwriter that I met in a Facebook music group, and we formed a musical duo called The Aeon Wanderers. My bandmate lives in Scotland and I live in Boston, so even before COVID-19, we were working remotely, collaborating on lyrics in a Google doc and doing videos “together” using green screens. We started by recording covers, but soon we were working on originals, and in August 2020 we released our debut album, “Fictional Histories.” Being on the artist side of the equation rather than the marketing side has been eye-opening and fun! 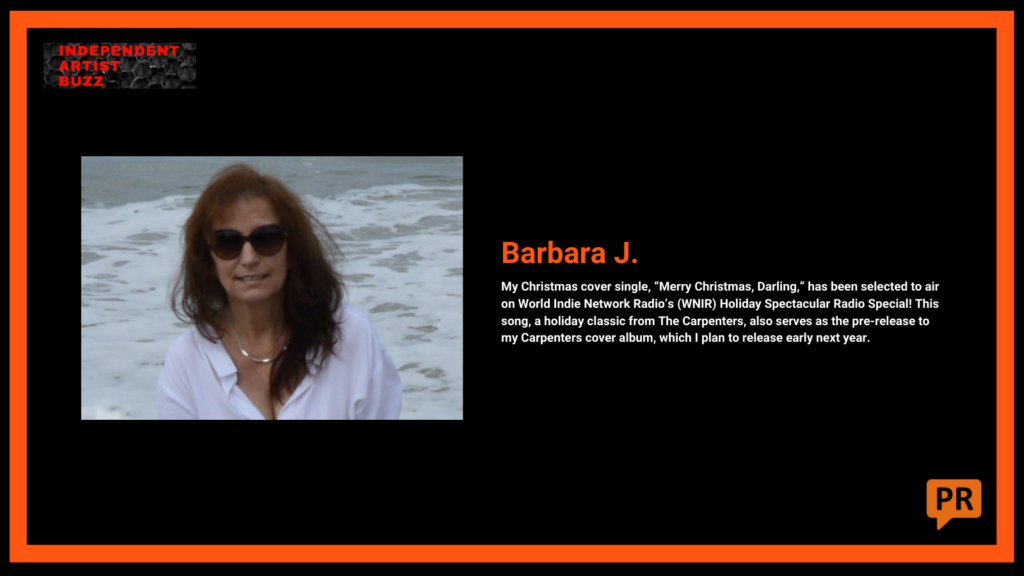 Has A Holiday Release Airing on World Indie Network Radio

My Christmas cover single, “Merry Christmas, Darling,” has been selected to air on World Indie Network Radio’s (WNIR) Holiday Spectacular Radio Special! This song, a holiday classic from The Carpenters, also serves as the pre-release to my Carpenters cover album, which I plan to release early next year. 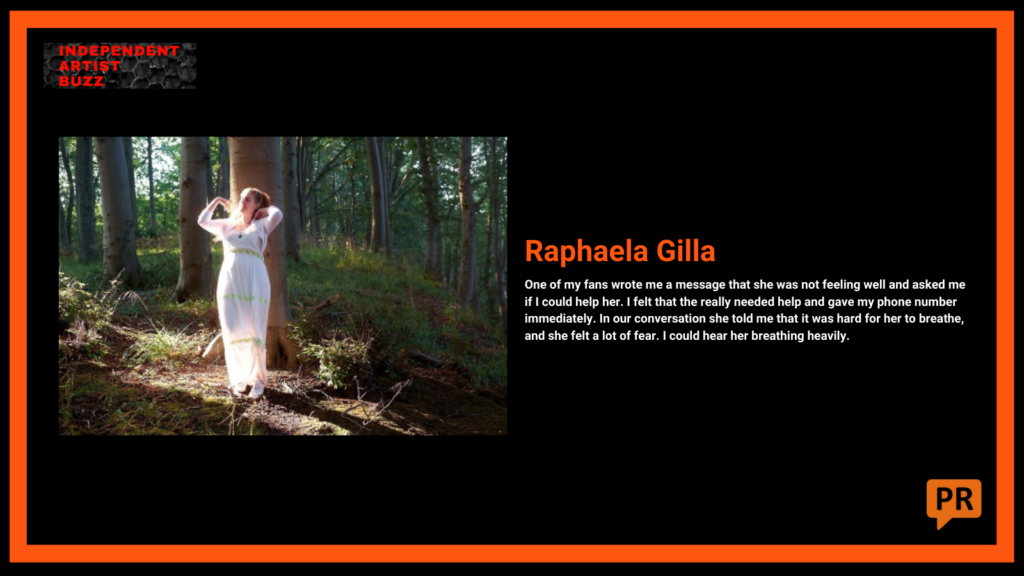 Guided A Troubled Fan Through Meditation And Towards Healing

One of my fans wrote me a message that she was not feeling well and asked me if I could help her. I felt that the really needed help and gave my phone number immediately. In our conversation she told me that it was hard for her to breathe, and she felt a lot of fear. I could hear her breathing heavily.

I guided her into a meditation – I guided her to consider her breathing as an angel’s feather. This opened her breath tracks to the earth and to the sky. I noticed how she slowly began to relax and began to breathe deeper. She cried out of relief, thanked me and asked me about my fee. I told her that this is a gift from me to her. It was a very touching moment.

We stayed in contact. Since then, she grows and feels better. 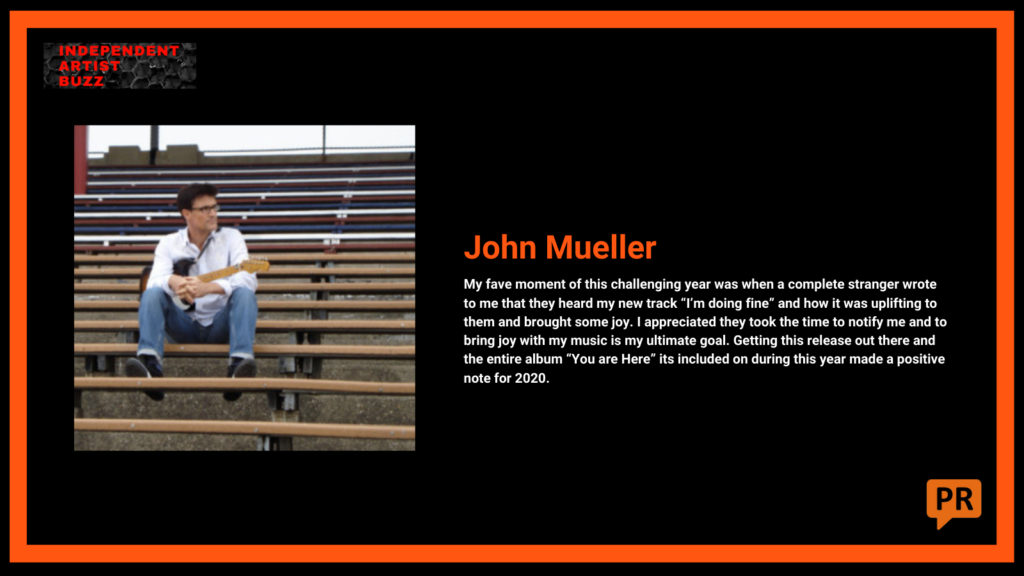 Brought Joy With His Latest Release

My fave moment of this challenging year was when a complete stranger wrote to me that they heard my new track “I’m doing fine” and how it was uplifting to them and brought some joy. I appreciated they took the time to notify me and to bring joy with my music is my ultimate goal. Getting this release out there and the entire album “You are Here” its included on during this year made a positive note for 2020.

About two weeks ago, I saw an insta story from a dear friend of mine which literally “woke me up”! I got so inspired that the next day I had written a whole song, a Christmas song that is. The song is called “This Christmas’’ and I made it really to remind us that WE make Christmas what it is.. our spirit, our love, our cheer, it’s OUR light that gives it all meaning. So even though 2020 has been a tough year, we can still choose how to end it. It’s easy to expect and allow for Christmas 2020 not be special because it will be so different due to quarantine, limited travel and lost loved ones, but this song is a ray of light in these times of darkness and difficulty, reminding us of what matters most and that we all have a light within us to shine and share with our ourselves , our dearest ones, and the world…especially this Holiday Season.