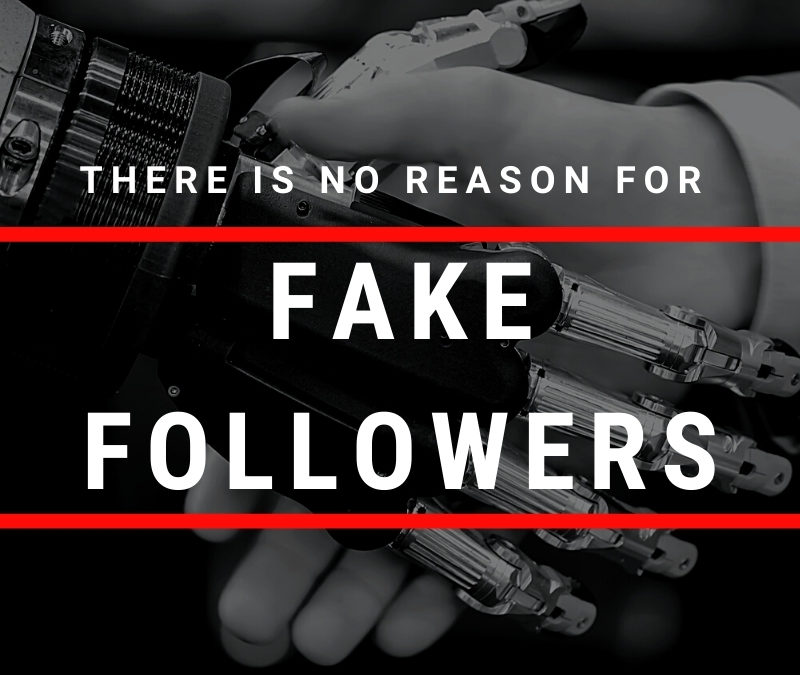 The team at Cyber PR have all recently watched a fantastic documentary which we highly recommend called Fake Famous. It’s a fascinating watch and this review in Variety Magazine sums it up:

For journalist Nick Bilton’s first film, he didn’t want to just document the world of social media influencers, he wanted to influence it himself. So he set out to find ordinary people who he could help get famous online through the purchase of bots that would grow their follower counts and engagement, and then he filmed the process for a documentary entitled “Fake Famous.” We highly recommend that you watch it because it is brilliant and disturbing and enlightening all at once.  We were excited that -> spoiler alert! Out of the 3 subjects, it was the designer and musician Chris Baily @chrisvsmyself who refused, in the end, to go along with the sham and he opted to keep it real.

Musicians Have Been Told That They Must Have Huge Follower Numbers

So many musicians have been told that they are worthless in the eyes of major labels & big media, and that they will not get large opportunities unless they have massive numbers. So, the desire to figure out a way to increase numbers is REAL.

We have also seen that many artists can’t tell the difference between real and fake followers, and they fall for a lot of excellent marketers who promise real views on Youtube and real plays on Spotify. We have seen that most of the time those “real” views and plays are generated by bots and are not real at all.

No One In The Music Industry is Falling for Fake Followers

Back as early as 2013, the news hit the music industry that Sony and Universal were being stripped of 2 billion fake views and it’s been widely reported that superstars like Ariana Grande and Taylor Swift, among countless others, have millions of fake followers in their midsts.

Fake followers and views have become so common in digital promotion, that is it rare to find agencies that actually don’t use these smoke and mirror strategies as common practice. My team and I have been on many calls with many agencies who promise our clients that they are getting them real views – and they actually lie to artists. We know they are fake, and everyone in the business does, too. It is hard when you have paid for followers purported to be real to believe that they are not.

The reasons so many musicians have made the decision to buy fake followers are many. Here are the most common ones we see.

Musician’s Lack Education On How To Organically Build Online

The common thought here is that more views or fans or followers = increased likelihood that it (a video, a profile, a website) will rank higher and be seen by more people. This may get you to rank a bit higher in searches, but people are smart. A video with a million views and no comments is never real. It’s just that simple. Follow (or view) numbers are only half the battle when it comes to the way sites will rank you in a search.

The other half comes from the ratio of engaged followers to overall followers. If you have a Facebook page with 100,000 fans but 2 people commenting on each post (even with Facebook’s annoying algorithm) Facebook will still look at this page as small in terms of influence and will likely weigh it very poorly in their algorithm, making it far less likely that your page will ever be seen by fans in their feeds.

What’s more likely to be seen is a page with 1,000 total fans and 100 people interacting. At least there is real engagement going on and this is something that the industry will notice.

A Page or Video Flagged as Spam Is as Good as Dead.

Fake followers are likely to create disharmony on your page. Quite often fake followers and views come from either fake accounts or people in remote parts of the world, but there are instances where the followers or views bought come from real people whose accounts had been hacked and they ‘liked’ the page against their will.

In these cases, if even a single person acknowledges the fact that they themselves didn’t ‘like’ or ‘follow’ your page and decides to flag your page as spam, Facebook (or Twitter, or Youtube) will forever hold this page as damaged goods. Think of this as your credit score. Once it’s been determined that you have poor credit, it becomes near impossible to reverse the process.

Fake Followers Will Damage Your Reputation

Transparency is everything when it comes to social media marketing and PR. If you are reaching out to the media or trying to get the attention of new potential fans, having big follower or view numbers are nice. But, if a blogger heads over to your Youtube channel and sees that you have 10,000 views on your latest video with zero comments and likes, or even worse, irrelevant spam comments (a VERY common result of buying fake views), you better believe that blogger is going to move on, never to return.

The same can absolutely be said for the music industry as a whole.

A misconception is that a record label will sign you if only you had a million fans or views. But this couldn’t be further from the truth. Record labels are not stupid. They know fake followers and likes when they see them, and even more so, they know that an engaged fan base (not just a big fan base) is what will lead to sales.

Fake Followers Destroy Your Ability To Analyze Your True Fan Base

No business would build a marketing strategy without understanding who their customers are, and as a musician (an entrepreneur), nor should you.

By purchasing fake likes, followers and views, you are effectively destroying your ability to use any sort of analytics, keeping you in the dark about who your real fans are.

A huge part of creating an effective social media strategy is understanding who your fans are so that you can create timely and relevant content that speaks directly to them. Analytics will help you to see what content works best for you and help you plan. You will also learn vital demographics like your fan’s ages, and where they live.

So, the moral of the story – take the time to get your overall online strategy right – this goes for Spotify, too.