Crowdfund Campaign: Using It On Your Next Album 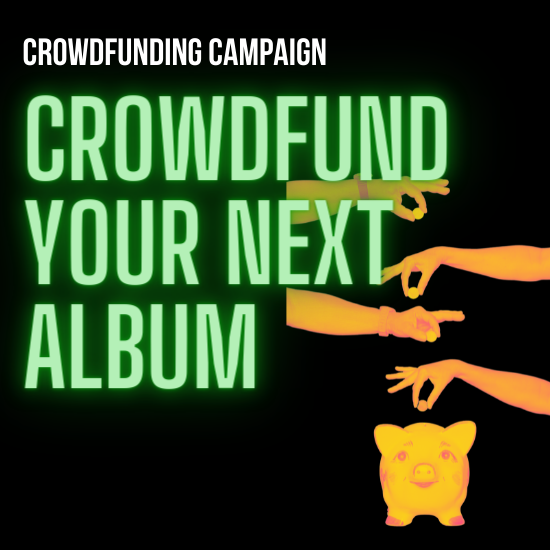 Ariel Hyatt was a special guest on Kristine Mirelle’s program Music Hustler. The two break down crowdfunding, how and why artists should start a crowdfund campaign, and the perks of purchasing Ariel’s book Crowdstart. Ariel provides listeners with great advice on starting your own crowdfunding campaign that can be especially helpful for those who feel uncomfortable asking for money.

Prep Before The Campaign

A crowdfunding campaign is essentially a sales campaign. Many artists aren’t good at sales. Musicians are wired to create and share with the world, so selling typically doesn’t feel natural or good. Ariel lists some key items you have to get together before even starting a campaign that may make asking for money feel a little more flawless.

Before beginning a campaign, you want to look at the date. What time throughout the year would be best? Starting a campaign during the holiday season probably isn’t a good idea, as people are shopping and spending, therefore not as likely to give money to your career. You also want to figure out how many days your campaign should be. You don’t want to drag it out, but you also don’t want it to be unreasonably short. Studies show that 30 is the golden number. You should also test some things out, see what works and what doesn’t work. What do your fans like? Is there something that intrigues them? What catches their attention?

There are multiple platforms that allow you to start a crowdfunding campaign. Some of our favorites are IndieGogo, Kickstarter, and GoFundMe. Below are a few notes to keep in mind about each of these platforms.

Using Kickstarter is typically recommended for those who are motivated and unwilling to accept anything but the full amount of their goal. For example, if you’re running a campaign and aiming to raise $10K and you are set on raising that full amount, anything less would not be useful to you and the project you had in mind. By committing 100% to the goal, if you don’t reach it, all the money goes back to the people giving money. So if your goal is $10K, but you only raise $7K, then at the end of your campaign, since the goal was unmet, all the money is returned.

If you’re looking to get any money, even if you end up not meeting your goal, IndieGogo might be the platform for you. With IndieGogo, if you set a goal but can’t reach it, you can settle for the amount you are able to raise by the end of the campaign. Using that same $10K example, if you only raise $7K, you can use that money towards your project. If you’re looking to raise money of any amount for your creative work, IndieGogo might be the best option.

The platform Ariel recommends the least is GoFundMe. Based on social media awareness and news stories, GoFundMe is not necessarily artist friendly. This platform is known for raising money for personal tragedies or medical expenses. The platform is more for people who are going through a difficult time than for artists trying to raise money for an album.

Before launching your campaign, you have to make sure you have enough content to last the duration of the campaign. You don’t want to leave your campaign empty halfway through because you don’t have anymore content to post. Content prep can include things such as: writing emails, creating posts, and posting video content.

Something that will be very beneficial for you is to have an email list. You’ll want to have your friends and family on your list that you can send your crowdfunding campaign emails to. Make sure to also have a program that manages your email list because email lists are a lot of work. You can get lost in the sending of emails easily, so having a program will come in handy. At the end of the day it’s not about having hundreds of thousands of people, it’s about who you know. Start with at least 100 on your email list. Make a spreadsheet with information about people you know and how much you think they can give.

One thing that will make it difficult to raise any money throughout your campaign is treating it as a transaction. By making it all about you and shouting “here’s my campaign” day in and day out, you’re excluding your fans. You have to give your audience a sense that they’re in this campaign with you. Take them on a journey of your campaign. Share behind-the-scenes footage, talk about what you’re going to do with the money, mention why it might be scary for you to ask for money. Reveal parts of yourself that haven’t been revealed before. Peel back the layer of onion.

Why music? Who are you? What are your hobbies? Why do your fans matter? It doesn’t have to be something deep either, it can be comical or part of your hobbies. Remember that it’s not just a transaction, you have to form a connection. People want to feel like they are a part of something. There is a collective effervescence for people when you create music. If there’s no crowd, there’s no crowdfund.

If you’re still nervous or feel uncomfortable asking for money, change your mindset. Instead of thinking about it as what it is, think of it as a pre-sale campaign. Create something for your fans that they’ll get out of giving you money. Ariel recommends creating tiers or levels of product you can give away for people giving money. A good number to have is 7-9 tiers with something unique. You can do the typical handwritten lyrics, t-shirt, stickers, etc., but add something no one else has done before. Add a crazy bonus tier, something that’s expensive and unique. Create a demand for it as well. This one bonus tier is expensive and there’s only one. It has to be something that someone looks at and thinks they’re getting their bang for their buck.

Do you have a special hobby or interest? You can include a tier that’s not music related that includes your hobbies. This can be baking a cake for someone, selling shoes worn on tour, selling unique paintings, and so on. It doesn’t have to always be about music. Our artists Shaun Johnson and Mary Jennings partake in this. Shaun Johnson sells socks that he just finds cool. His brand isn’t on them and yet he sells 7-8 pairs per person at shows. Mary Jennings makes and sells bolo ties as a side business, but she also makes a new bolo tie for every new release. You want to represent yourself from all different angles.

As discussed earlier, video content is very important to have in the campaign. Studies show that campaigns with video content perform better and receive more funding than those without it. So what should be used for video content? When you first come out with your campaign, your video should be under 3 minutes long. You should explain what the crowdfunding is about and should be either fun, funny, quirky, or honest and intimate depending on what suits your brand. Do what feels right for you. Be transparent with your audience. People are willing to give when they know who you are and feel like they are part of a community.

If you enjoyed this post and want to learn more about crowdfunding campaigns, check out Ariel’s book Crowdstart. The book walks you through your 30 day campaign and gives you tips and pointers on running a successful campaign. Order it today!