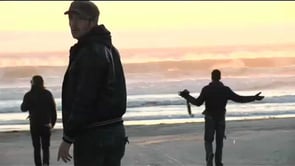 I met Amber Rubarth through Derek Sivers who wrote a wonderful profile on her on his blog.

Here is what Derek wrote: Amber Rubarth is a 26-year-old singer/songwriter from Reno, who only started playing music five years ago, but is making a full-time living touring, including four tours of Europe, booking it all herself. She’s also one of the happiest musicians I’ve met. Most musicians I know feel it’s tough, but Amber seems to glide through it all effortlessly.

My interest was peaked and I concur with Derek’s assessment! I am delighted that she was willing to be the subject of my ongoing conversation about 1,000 true fans.

Two things struck me about her interview with me:
1. She has 281 “true” fans

Regarding cold hard #’s: The thing that struck me about Amber is her CORE group of “true” fans is 281 (that is the number of fans who ordered the collectors edition of her new album.  A far cry from 1,000 and yet Amber makes a full time living as a musician.

2. She is masterful at creating relationships

Case and point her $10,000 placement came from one relationship she created and maintained with just one music supervisor in Los Angeles.

What I took away from this was a feeling of hope that it’s is a small number of people who can have a large impact on an artist’s ability to have a full time living creating music.

Without further ado here is the interview with the lovely and talented Amber Rubarth:

Ariel Hyatt: Do you believe that 1,000 true fans is a theory that can work?

Amber Rubarth: Absolutely, love the concept.  I agree with Matthew Ebel that 1000 may even be more than you need to have the good life.

AH:  How many years did it take you from day job to part time job to F/T musician?

AR: I picked up the guitar in 2004 and two years later was doing it full time.  Of course I lived in my car a few times at the beginning…

AH: Can you give us a breakdown percentage wise of the following:

AH:  If possible (I know you may not feel comfortable sharing this information), can you share the amount of money you have grossed in the last 12 months, broken down by months correlating with market, and promotional, and touring efforts?

AR: Most of the money I’ve made has been concentrated, for instance I raised $15k in pre-orders for the collectors edition of my new album – to pay for the recording and printing costs.  Earlier this year I got a placement, which was $10,000, No particular markets but have made up a good chunk of my income.

AH: How did you get the $10, 000 placement? Was it from a relationship you built?  Can you tell the story and how it happened?

AR: I was living in LA for a year before moving to Brooklyn and met someone who does music placement and she asked to work with me.  I respect anyone who works in that field, I think their job is as difficult as being a musician is, I remember when I first was working with her there was the strike going on and it was almost impossible to get anything.   But she powered through and does a wonderful job, [and she is] is lovely all the while as well.

For touring, I usually make a good deal more when I go to Europe because I’ve built it up there the most, however this last time I brought a wonderful guitar player – Austin Nevins www.AustinNevins.com – with me so financially it wasn’t as fruitful, but musically it was lovely.

Other than that on the road the most money I make is through CD sales.  I just did a tour as the opening act for Joshua Radin and Gary Jules in September and it was mostly their audiences I was playing to so I wasn’t making much on the show, but sold a lot of CDs and met a lot of great new fans.  A lot of times that’s better than making money is to be able to play in front of new people opening for artists you like.

AH: How many die hard fans, fans that will buy everything and anything from you, would you imagine that you have?

AR: 281 (that’s how many pre-ordered the new collectors edition of the album right away).

AH: How long did it take you to build up this many fans?

AR: I picked up the guitar just over 5 years ago.

AR: Turn yourself from a casual artist into a true artist.   Let them be involved and build something truly great.

I think a main thing in making “true” fans is being a “true” person and I feel that includes making sure you are happy and living life, studying, practicing, reading, exploring, etc.  People will connect more deeply if you are an interesting person rather than if you’re just really great at tweeting and YouTubing.

AH:  Do you have a strategy with long-term and short-term goals in place to get to 1,000 true fans or for any future looking aspects of your music career? If so, can you share these goals?

AR: My biggest goal these days is to build a team around me so that I’m putting at least 70% of my time into the music.  I got away from that too much where my hands have become more used to the computer than the guitar, which is awful. Maybe needed at the time, but now I’m looking to make the shift back.

Amber’s 3 Immediate Goals:
1) Build my dream team to keep me doing more music.  Get a great manager, publicist, and possibly an indie label / distributor.
2) Get 2 more good placements on TV / movies / ads that visually support my music.
3) Put more time into booking great tours and during off time stay at home enough to do other things I want to do, including recording a cover album for fans, more artwork, new ideas for involving fans, etc.

One great example of a tour that was well-thought out and fun in terms of the fans was The Vespa Experiment with Jason Reeves and Brendan James and I – very easy for other people to get involved and feel like they were touring with us with daily videos.  Here’s the last video: http://vimeo.com/5997123

Amber’s Long Term Top 3 Goals:
1) Become a songwriting force – Build a catalog by the time I’m 55 years old that can stand up next to Tom Waits and Paul Simon.
2) Score films. Write for projects other than for myself.
3) Save enough money by August of 2010 so that I can spend less time on the road (4-6 months) and spend more days in a small house in the country with a small recording studio and a workshop where I can paint, build furniture, sculpt, and have an old upright piano.

AR: A good deal of pre-orders, online spreading of the word for tickets and shows and CDs always comes from my Twitter, Facebook and MySpace communities.

AH:  What are your next steps to continue to help yourself move forward in your own career?

AR: I’ve been so busy these last few years that I have just been working without much strategy, so right now my next step is to take time off (which I’m doing this week) from touring and come up with new ideas for what I want my life to be like and how I can better interact with the world through music.

AH: If you could give a band or artist any type of advice on how to start in social media, what would you advise them to do?

AR: Pick one and go for it.  Which is not what I’m doing, but mostly I haven’t reached out on social medias, I’ve just existed and people can find me if they’ve heard me somewhere else.

But I’ve seen some great examples of others who’ve done this successfully… for instance my good friend Greg Holden www.YouTube.com/GDHolden (who I’m doing a residency with in January in New York) has built a great YouTube following now, because he keeps up with it, posts things regularly, and is quite charming on the camera.

My advice is: Find your niche, if you like writing things in 140 characters or less, be the new Twitter God.

AH: What do you think makes a good YouTube video vs. a not so good one?

AR: I think more and more people are craving rawness and vulnerability over polished perfection.  I’ve found the more you can grab a true feeling in song and in video, the better.  So that can be right after you write a song, recording a version in that still-nervous state… Greg Holden is a master at YouTube videos and he does a great job always talking with his audience and keeping the videos coming often. I think the main thing people want to see is a true representation of you as a person, and they will relate.

I made one for my new album Good Mystery – the “Making Of” and I’d like to do more of these types of things.  Fun to make, and fun to share.  Subscribe!

AH: If you had $500 to spend on marketing and promotion, how would you spend that money?

AR: Make a low budget / free really genius music video and hire an online publicist to make it go viral and get it to all the online bloggers, etc.

AH: Is there anything else you would like to say about 1,000 True Fans?

AR: I love this! It feels very real and attainable.  Superstardom is dead.  🙂

AH: How do you use analytics to your advantage? What are your measurable online results, and how do your measures help you with your music career?

AR: A friend turned me on to NextBigSound and I was surprised to find that I have fans on Last.fm, which I have not put a single minute into saying hi to. So I’m working on doing more with that.

When I do regular things, like last year I did a free track every Wednesday on MySpace and I included the back-story of the song.  People really enjoyed that and came back for more on Wednesdays.

AH: On a scale of 1 to 10, would you say you share a lot (a 10) or are you guarded in what you expose on social media sites about yourself and your personal life?

AR: In general with my music I am quite open and vulnerable, possibly even more than in my personal life.  I’d give myself a 9.

AH:  What would you say to a fellow musician, that thinks that Twitter is just sharing “eating a tuna sandwich” and is stupid?

AR: First, check out people who are doing more than eating a tuna sandwich. Then if you still don’t like it, don’t do it. Someone can be completely successful without Twitter.

AH: Did you resonate with what Matthew Ebel had to say?  If so what felt familiar? And what is parallel to your own connection with fans / approach / story?