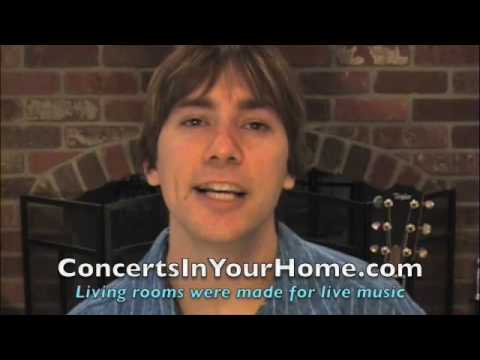 Music. It’s that undeniable emotionally charged energy that’s been around for thousands of years.  It’s sent us roaring into battle.  It’s comforted us when we felt the world was closing in on itself.  It’s led us down that road we never thought we’d have the courage to follow.

But what is it worth?

It’s a question that consumers and copyright owners may never agree upon again, but that beautiful inequality also allows us as artists to reinvent how our music can reach people.

My name’s Michael.  I’m a Songwriter and an Entrepreneur, and I want to show you 4 out of the box avenues I use to add value and monetize my music.

You may have a friend who’s been to one. You may have been to one or performed at one yourself.  If none of these are true, you need to click here and change that.  House Concerts are one of the fastest growing ways to hear new music, and they’ve been around for longer than you may think.

But you don’t have to take my word for it.  You could just listen to my friend Fran Snyder, Founder of ConcertsInYourHome.com.


I’ve been a member of Concerts In Your Home for the last two years, and it’s changed the way I tour forever.  If you’re like me, you wish you could control the quality of experience you bring to your fans and are tired of dirty venues, hiked up production fees, or pay to play schemes, then look no further.  The intimate experiences at House Concerts have made my most dedicated fans and sold more merchandise than any traditional show I’ve ever played.

Maybe houses aren’t your thing. I get that. But your neighbors down the street aren’t the only folks on the block who understand the power of music.  Small businesses are starting to understand how music moves and motivates their workforce… and they want you as a partner. These shows are all about developing an authentic relationship between their brand and your message, and though they may take more work to setup than a house show, the value of your service is rarely in question which leaves you very nicely compensated.

You’ve spent countless hours perfecting your craft, making your music indistinguishable from magic… so why would you ever want to break the illusion?  What if you could be both Master and Teacher? Both Bruce Lee and Mr. Miyagi?  We often forget as artists that education and entertainment can be one and the same.  If you’ve never thought about teaching in your life, keep listening, it gets interesting.

Though I have no formal training in education, I’ve spent the last year educating through my music at colleges from Nebraska to New York City.  How? I’ve been giving Master Classes on Songwriting, Entrepreneurship, and surviving the Music Business, all while getting to play my music for the same students I’m speaking with.  And I’m certainly not the only one.  Meet my friend Danny Young, a fantastic musician and drummer for the musical “We Will Rock You.”  While on the road, Danny stops by at local universities to give a drumming and music business master class called “Beyond The Gig.”  I’ve seen his class firsthand and it’s hands down the most honest and entertaining looks at the life of a touring musician I’ve ever seen.  Oh, and it makes him money too.

Not convinced yet?  What if it was good enough for this guy: Garth Brooks, who for the last few years has been playing a solo acoustic show in Las Vegas that, boiled down, is some pretty fantastic educational theater about his journey through music.  While the monetary details of his show have never been revealed, you can bet it was more than some drink tickets and a tip jar.  Watch it here and you’ll understand how great of an outlet this can be.

By now, if you haven’t heard about the potential of licensing as an income source, you’ve probably had your earplugs in for years.  The problem, moreover, is that everyone has heard about it, and there are only so many WB TV shows that might possibly want to play your music.

On the flip-side, there are a large number of other industries that have recently become interested in licensing music to help their cause.  My personal experience with these comes in the form of Real Estate.

Go with me for a minute.  What separates, say, a $500k home from a $5 million home?  They’re both probably big and have bedrooms and bathrooms.  But what makes the other so valuable?  The ambience.  The vibe.  The FEELING you get when you’re there.  And a number of agencies have started paying quite well to capture that feeling with film and music to help sell these homes.  To date, I’ve had 4 different songs synced to these videos, with a few licensed multiple times… and my story here is far from unique.  Give it a try.

The list could go on and on here, but the main take away should be to find what is authentic and unique to your music and let that inspire your creative process of how to monetize it. The sky is the limit, and you set the rules.

Michael Shoup is an oddity in the music world. Based in Nashville, TN, he is the Founder and CEO of his internationally recognized Creative Agency, 12South Music. 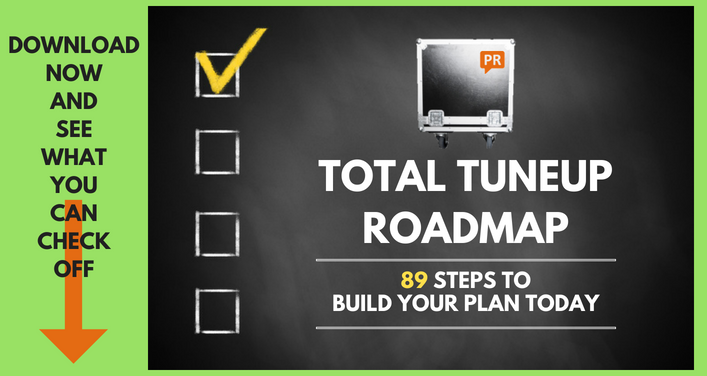 12 Days of Monetization is a 12-part series designed to help you make more money . Ariel and team Cyber PR asked 12 of their favorite colleagues to contribute and we hope you enjoy this series.