Ariel Hyatt is the founder of a successful PR firm, an international speaker, and the author of four books. Her award-winning Cyber PR® process marks the intersection of social media, PR, and online marketing. Her method is taught at several universities. However, she is best known in both the music industry and the business world for her ability to simplify and explain things that creative minds don’t necessarily love: PR, marketing, and social media.

“There is a science to effectively using social media, but there isn’t a definitive roadmap; it can be confounding,” Ariel says. “I’m very good at making people feel less confused.”

She is so good at un-confusing, that she has been invited to present at over 70 conferences in twelve countries, including SXSW (where she has appeared 15 times), CMJ, Vivid Sydney, Hubspot Ignite, Campus Party London, The 140 Conference, You Are In Control (Reykjavik), and Social Media Week New York. She has also toured Australia, teaching artists across the continent her 8-hour marketing master class. Ariel’s work has been lauded by established media outlets garnering her press in Oprah, CNN, Wired, Billboard, Forbes.com, and The Washington Post.

Before the term social media hit the mainstream, Ariel foresaw the impact the Internet would have on public relations and she devoted herself to exploring this unchartered medium.

“I realized that if you find a few passionate fans or followers, they then become your advocates online. The internet allows you to build a ‘tribe’ of people who believe in you and support you” she says. “My team and I help you find your tribe and connect with them. That’s how you create longevity and relevance for any brand.”

Growing from early successes, Ariel developed her platform. Cyber PR makes a radical departure from the traditional PR approach because the process is transparent. She created software that allows clients to monitor the progress and success of their own campaign. This takes the smoke and mirrors aspect away from the process and holds her agency accountable.

An entrepreneur who embraces challenge, Ariel pivoted her business from traditional to digital, and then went on to study and teach herself crowdfunding by raising $61,000 in her own successful crowdfunding campaign.

“Running my crowdfunding campaign was brutal. I realized just how much work goes into a 30-day campaign. During it I was stressed out of my mind, and completely uncertain that I would make my goal of $50,000.” With concerted effort, she went beyond her goal and realized that crowdfunding was the next tool she needed to add to her arsenal if she wanted to continue to help her clients.

“Used to be that record labels and book publishers might give you an ‘advance’ on a project. That’s become incredibly rare, and I see crowdfunding as the new way – frankly, one of the few ways – that creative types can continue to create. Crowdfunding must be mastered.”

In order to help people gain mastery, she has written her latest book CROWDSTART, which will be released in October 2016. It’s a step-by-step guide on exactly what needs to be done to complete a successful crowdfunding campaign, extracted not only from Ariel’s own experience but also from many of the successful crowdfunding campaigns she has coached her clients through.

Ariel is also the author of three successful books on PR and new media, Music Success in 9 Weeks (now out in its 3rd edition) Musician’s Roadmap to Facebook & Twitter, and Cyber PR For Musicians. These offer artists step-by-step plans to create profitable and sustainable businesses. Her newsletter and YouTube series, “Sound Advice,” has over 20,000 subscribers, and she has written over 200 articles to date.

Middle Tennessee State University (MTSU) recognized by the Rolling Stone College Guide as having “one of the preeminent music business programs in the country,” offers an official Cyber PR Class based on principals used in Ariel’s day-to-day business. Each year, she and her staff lead students in a rigorous Cyber PR accreditation process that includes hands-on experience working on active campaigns. The course has been so popular that a second session and an advanced class have now been added.

Ariel proudly serves on the board of Women In Music, Sweet Relief Musicians Fund and on the East Coast Board of The T.J. Martell Foundation.

She is an obsessive world traveler, an enthusiastic foodie, a chocolate chip cookie baker, and a 1980s lunchbox collector. She is a born and raised New Yorker with a deep nostalgia for all things from the 80s that still exist in NYC. She lives in Brooklyn with her husband and their gray tabby Hunter C. Thompson (the C. stands for cat).

Ariel Hyatt runs Cyber PR Music, an artist development, social media & content strategy firm based in New York City. Her agency just celebrated 25 years in business and she and her all female team of women who get sh-t done run digital PR campaigns and advise on how to create online influence and release impactful projects. She has spoken in 12 countries to over 100,000 creative entrepreneurs and is the author of five bestselling books on social media, marketing, and crowdfunding including Cyber PR for Musicians, Music Success in 9 Weeks, and Crowdstart. 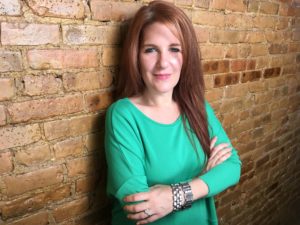 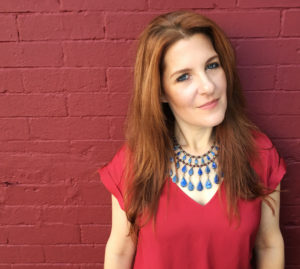 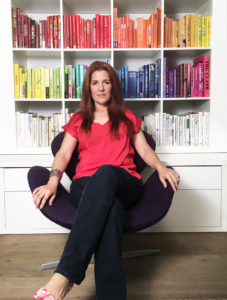 The Crowdstart Masterclass has been fully updated for 2021 and is now available to binge.