Women of Soul Who Changed the Music Industry 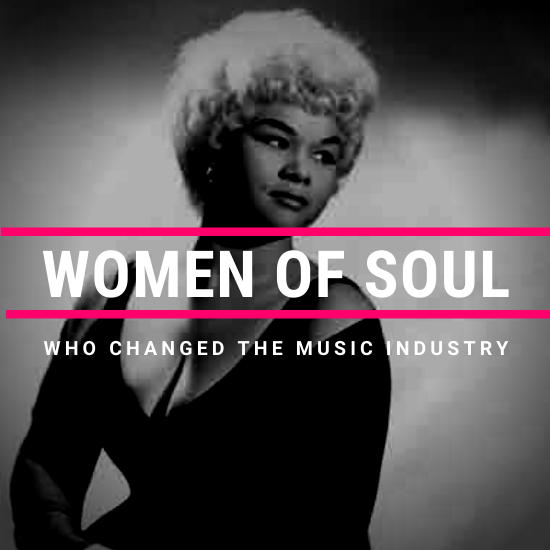 Almost all music is deeply rooted in Black culture: from how the banjo came from the Caribbean and later inspired modern country, to how the Blues influenced the creation of Rock n’ Roll. While it’s important to celebrate Black artists all year round, given that this month is Black History Month, we at Cyber PR wanted to take a moment to shine a spotlight on some incredible Black women who shaped the genre of soul music — as soul was a particularly important aspect of the African-American experience during the same era as the Civil Rights Movement. 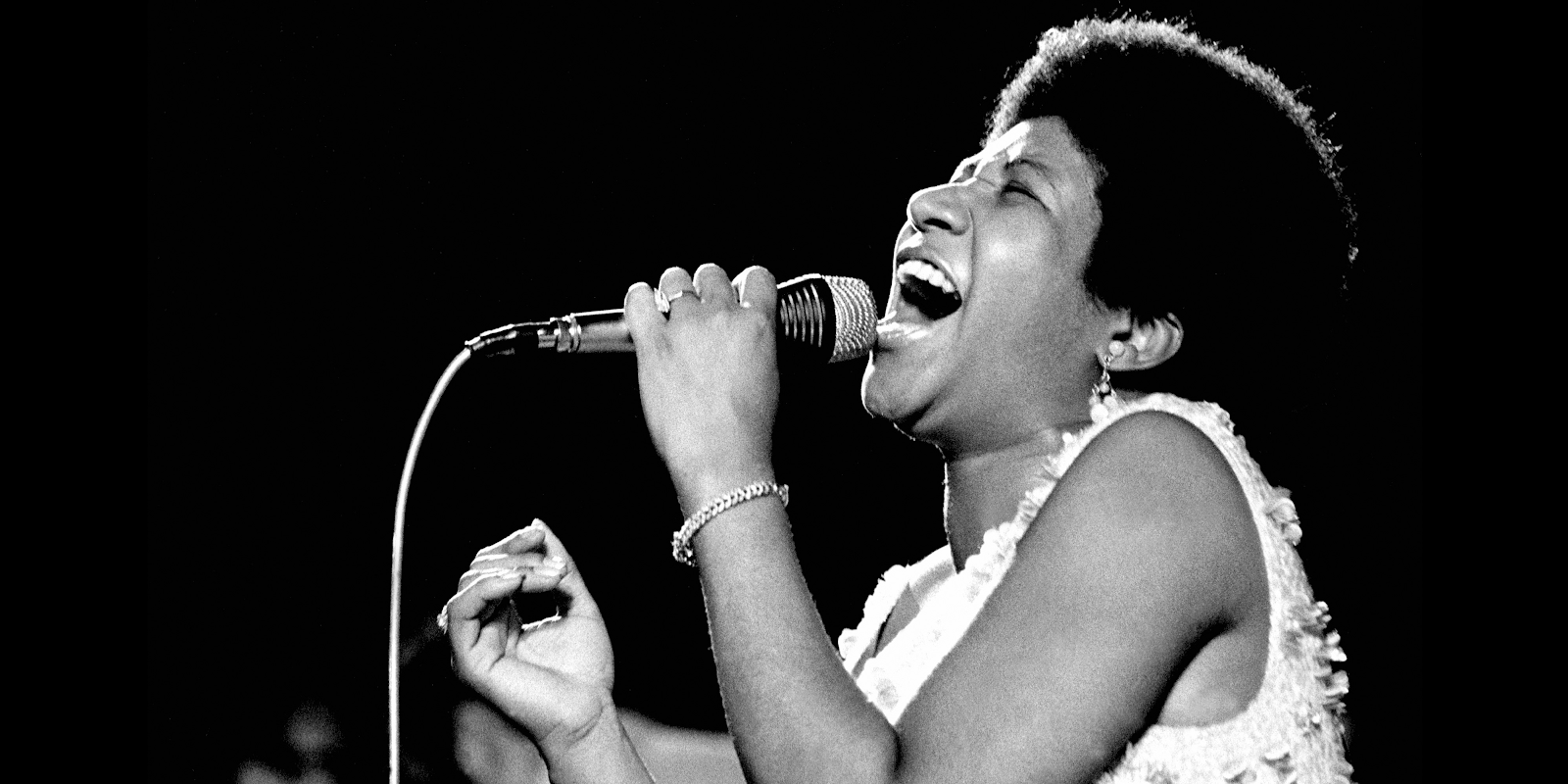 When the world thinks of women of soul music, they automatically think of one name: Aretha. Aretha Franklin is best known as the woman who established the 1960s golden age of soul. Although her legacy has garnered her the title of the “Queen of Soul”, she was so much more. A singer, songwriter, pianist, and civil rights activist, Aretha Franklin revolutionized the artistic culture of the United States.

Having won 18 Grammy Awards, she is one of the most honored musicians in Grammy history, in addition to being the first female artist to be honored in the Rock and Roll Hall of Fame in 1987. Some of her classic hits include “I Never Loved a Man (The Way I loved You)”, “Think”, and of course, the infamous “Respect”. Franklin’s talent as an artist who could not only sing soul, but countless other genres, also earned her the title of “Greatest Singer of All Time” by Rolling Stone in 2010.

In addition to her musical accolades, she was a powerful voice of not only music, but justice, fighting for women’s rights and the Civil Rights Movement alongside Dr. Martin Luther King Jr. Some of the most revered contemporary R&B musicians such as Beyonce, Mariah Carey,, and Mary J. Blige have drawn inspiration from Aretha, who paved the way for female soul singers all over the world. The Queen of Soul will truly always be esteemed as music royalty, and her legacy as a trailblazer in the industry will forever be remembered. 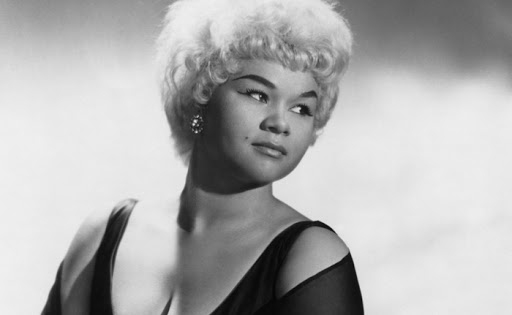 Etta James is widely known as a woman who defied genre, having conquered the soul, R&B, blues, rock and roll, jazz, and gospel genres. She is remembered best for her hit “At Last”, the song that would define her as a legend in music. James’ intensity as a singer with her deep and earthy voice has accredited her for bridging the gap between rhythm and blues and rock and roll music. Her talent also won her a star on the Hollywood Walk of Fame, eight Grammy Awards, and inducted her into the Rock and Roll Hall of Fame in 1993. Her influence is heard today in the music of superstars such as Adele and Christina Aguilera, and her iconic legacy is one that earned her spots on Rolling Stone’s lists of the 100 Greatest Artists of All Time and the 100 Greatest Singers of All Time. 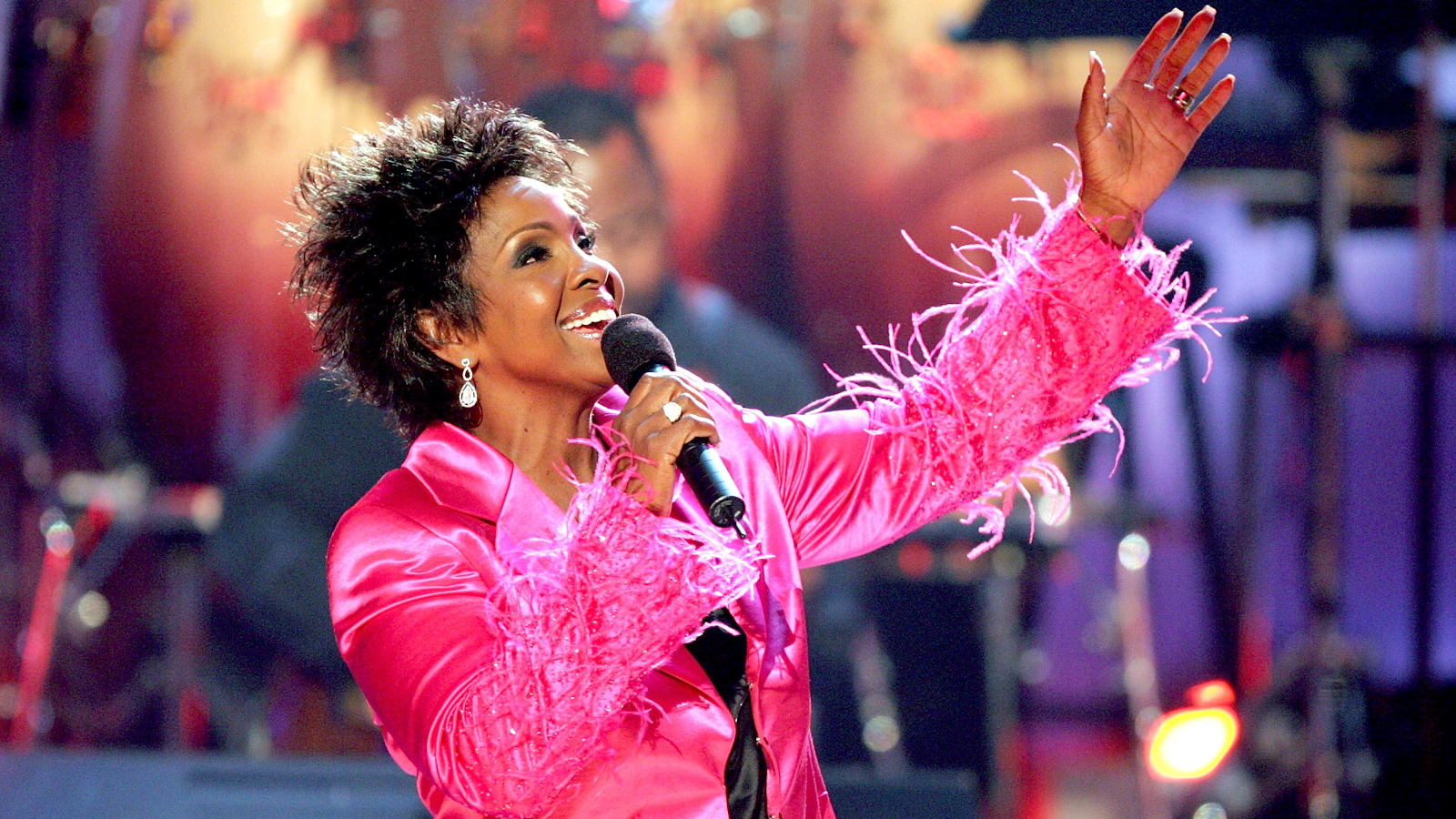 Gladys Knight is a singer and songwriter known as the “Empress of Soul”. She rose to prominence as the lead vocalist of the R&B/soul family musical act Gladys Knight and the Pips. The group put out several hit singles such as “I Heard It Through the Grapevine” and “Neither One of Us (Wants to Be the First to Say Goodbye” and toured with iconic musicians such as Diana Ross and The Supremes, before Knight’s departure in pursuit of a solo career.

With her massive hit “Midnight Train to Georgia” and recording the theme song “Licence to Kill” for the 1989 James Bond film of the same name, Knight amassed massive success as a solo artist. With seven Grammy awards, a spot on the Rock and Roll Hall of Fame, and being regarded as Rolling Stone’s 100 Greatest Singers of All Time, the Empress of Soul is an absolute powerhouse in the music world. 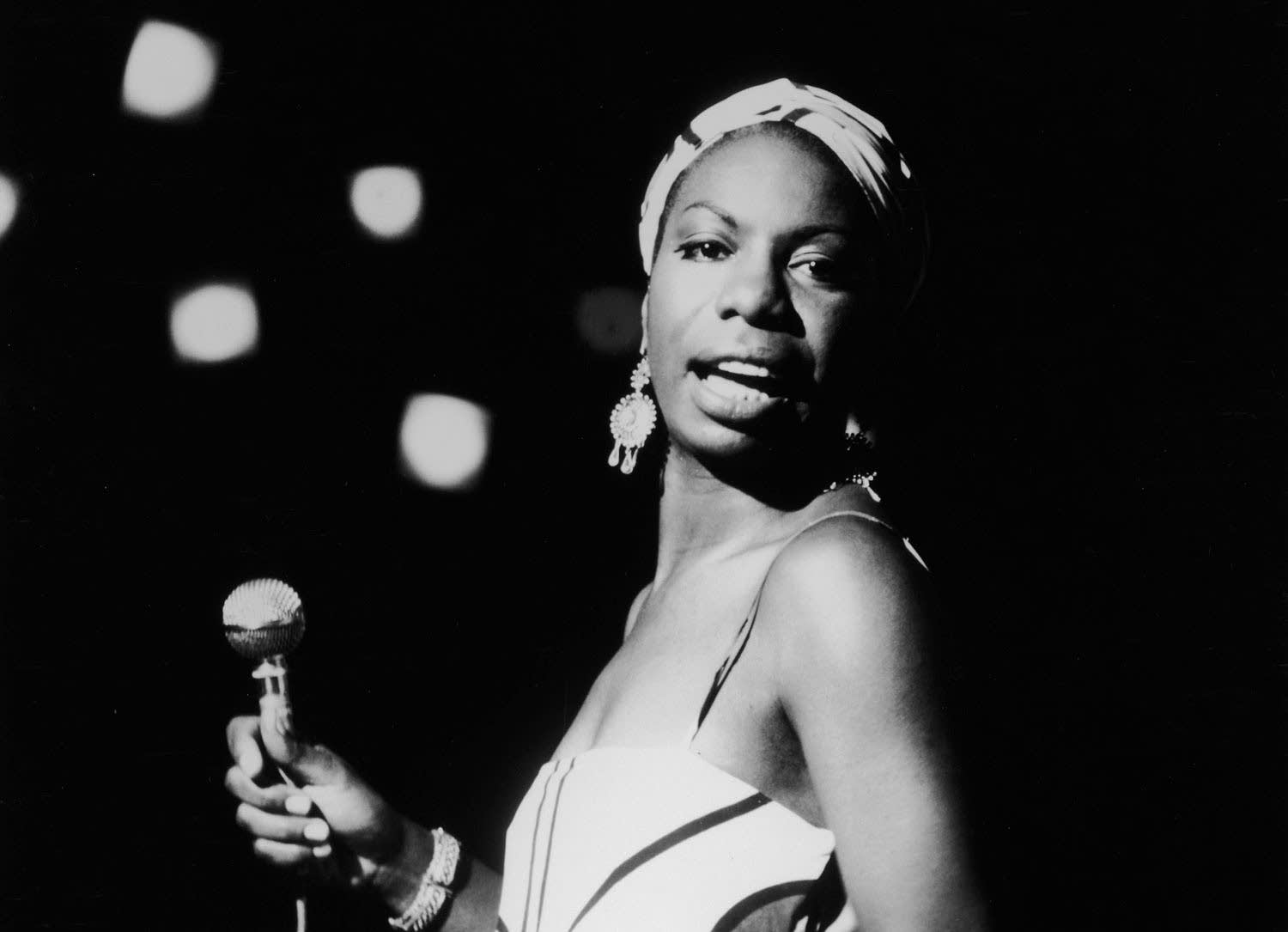 The “High Priestess of Soul”, better known as Nina Simone was a singer, songwriter, pianist and civil rights activist whose unique approach to music blended gospel and pop music with classical. Having been a musical prodigy since the age of four, and having attended the Juilliard School of Music, Simone was an exceptional talent. With the success of her 1958 hit “I Loves You, Porgy”, she became a major breakout star.

Simone is widely regarded as one of the most influential recording artists of the 20th century and broke many norms in the music industry through her use of social commentary in her music. She was heavily involved in the Civil Rights Movement as well, performing and speaking at major civil rights meetings such as the Selma to Montgomery marches in 1965. Because of her legendary talent and activism, Nina Simone won the Grammy Hall of Fame Award, was inducted into the Rock and Roll Hall of Fame, and received honorary degrees in music and humanities from Amherst College and Malcolm X College, leaving her with a legacy that will never be forgotten.

Roberta Flack is a singer known for her hit singles “The First Time Ever I Saw Your Face” and “Killing Me Softly with His Song”, with which she became the first and only solo artist to win the Grammy Award for Record of the Year for two consecutive years in 1973 and 1974. Throughout her career she has successfully overtaken the worlds of women of soul, pop, folk, R&B, and jazz, and has received a star on the Hollywood Walk of Fame as well as four Grammy awards and thirteen nominations. Aside from her musical ventures, she advocates for artists’ rights to their own music as a member of the Artist Empowerment Coalition and founded the Roberta Flack School of Music in the Bronx in 2006. 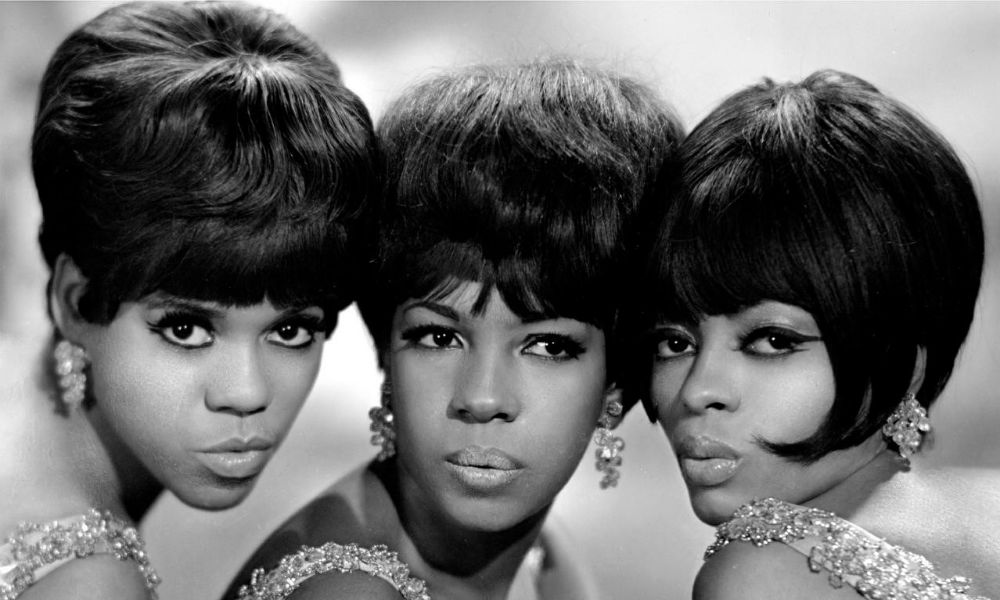 The Supremes were a pop-soul group made up of Diana Ross, Florence Ballard, and Mary Wilson, that took the music industry by storm in the 1960s, making them the most commercially successful vocal group in America to date. Their popularity spread throughout the world, rivaling the success of even The Beatles, with twelve number one singles on the Billboard Hot 100.

The peak of The Supremes’ career coincided with a pivoting movement in the civil rights era, and their influence helped change the public image of African Americans during that time. They received a star on the Hollywood Walk of Fame and were inducted into the Rock and Roll Hall of Fame in 1988 as well as the Vocal Group Hall of Fame in 1998. Additionally, the group is regarded by Rolling Stone as one of the “100 Greatest Artists of All Time”. The Supremes made it possible for future black R&B and soul musicians to succeed, and for that reason their legacy is truly empowering. 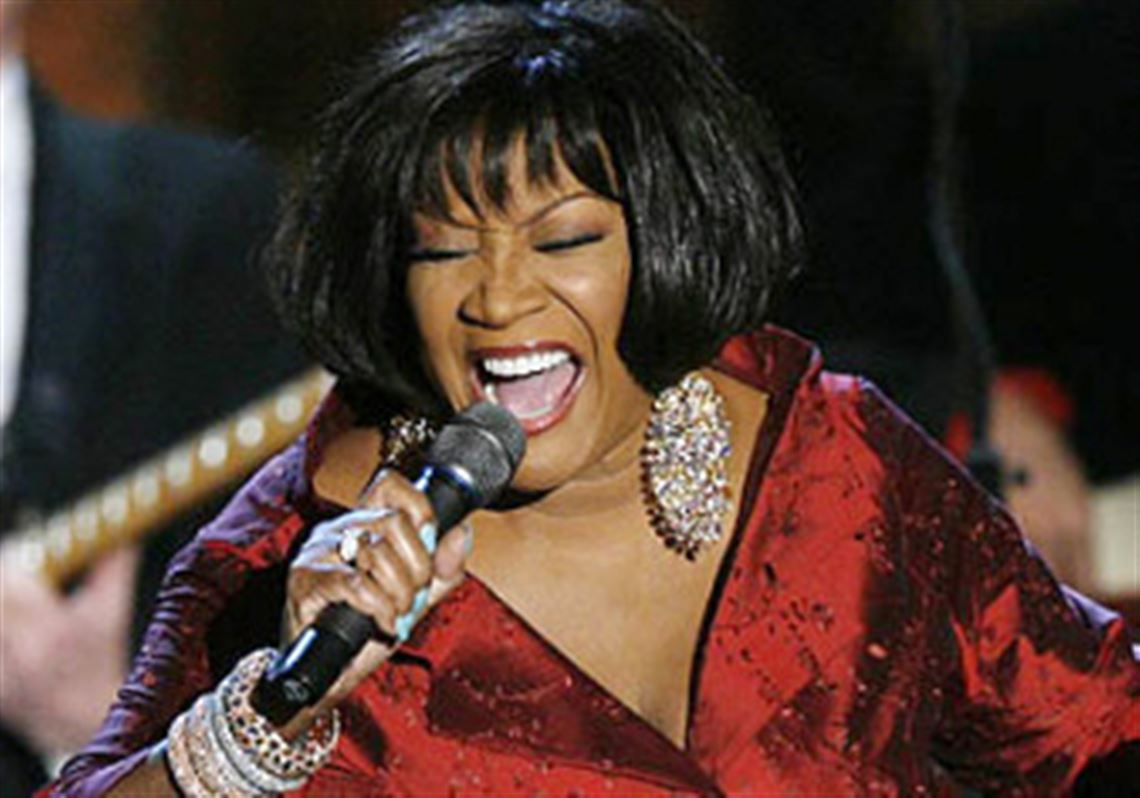 Patti Labelle is a singer, songwriter, and actress whose career has spanned over sixty years, earning her the title of the “Godmother of Soul”. Her fame began in the early 60s as the lead vocalist of vocal group Patti Labelle and the Bluebelles, who released hit disco song “Lady Marmalade”, which would be inducted into the Grammy Hall of Fame. Their popularity got them the cover of Rolling Stone magazine, making them the first black vocal group to land the music publication’s cover, in addition to being the first pop group to ever perform at the Metropolitan Opera House. After the group disbanded in 1976, Labelle pursued a solo career and found much success, selling more than fifty million records worldwide. She has also earned a star on the Hollywood Walk of Fame, has earned three Grammy awards, and is on Rolling Stone’s 100 Greatest Singers of All Time list. 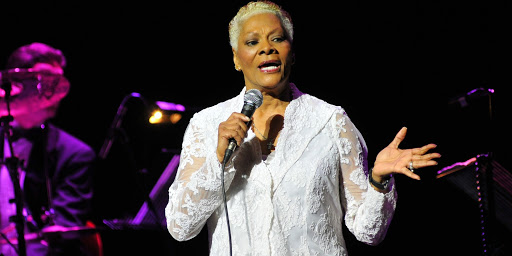 Dionne Warwick is one of the most prominent women of soul. She is a singer and songwriter whose pop and R&B styled sound has earned her over fifty years of success as a musician. Her career began with the relative popularity she found as a teen as part of family group The Gospelaires, before high-profile artist Burt Bacharach discovered her talent and potential as a solo artist, leading her to release her first hit single “Don’t Make Me Over”. Throughout the 60s, Warwick became the first crossover artist to receive a dozen consecutive Billboard Top 100 hits, and through 1998, eighty of her singles made all Billboard charts, making her one of the most-charted female vocalists of all time.

She has sold over 85 million records worldwide, and is a six-time Grammy award winner, among these making her the first female artist in Grammy history to win both Best Pop Vocal Performance and Best R&B Vocal Performance in the same year, for the singles “I’ll Never Love This Way Again” and “”Déjà Vu”. Besides her musical ventures, Warwick has also been an activist for many causes, serving as the U.S. Ambassador of Health, and being one of the first musicians to highlight public awareness of the AIDS epidemic, raising millions of dollars for the cause. 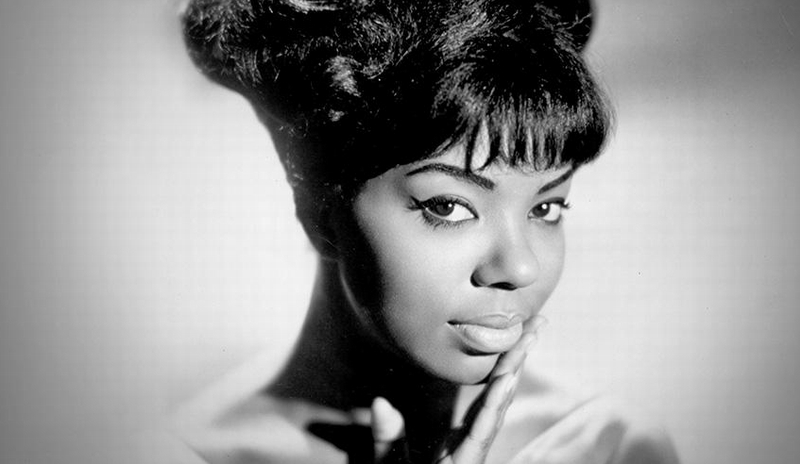 Widely regarded as the first women of soul superstar, Mary Wells was known as the “Queen of Motown”, helping define Motown as a record label in the 60s with her smash hit “My Guy”. She eventually left Motown and she found less success, but her choice in fighting for artistic freedom was not ignored. Wells’ legacy helped introduce soul music to a much wider audience. A true music pioneer, she was celebrated with a Pioneer Award from the Rhythm and Blues Foundation, and “My Guy” earned a spot in the Grammy Hall of Fame. In 2017 she was also inducted into the National Rhythm and Blues Hall of Fame.

This article was written by Kiara Marques, a student at Fordham University and a self-proclaimed concert junkie, under the supervision of Jenn O’Hagan, a former PR Director at Cyber PR. It originally appeared on The Crush Music Blog.

PS – We are now offering our CROWDSTART Masterclass for FREE – and a portion of all proceeds from CROWDSTART Book purchases will go to benefit the Sweet Relief COVID-19 Fund.