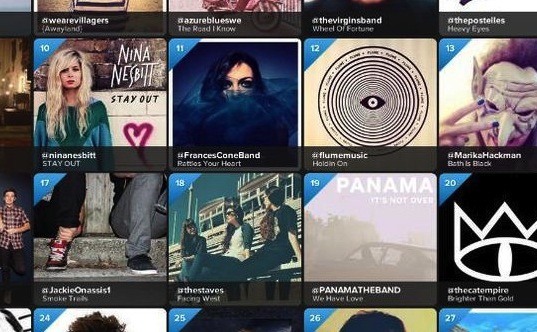 As widely reported Twitter has launched it’s new music service. Twitter #music is now available via https://music.twitter.com or via the iPhone app. There is no Android app for the moment but in a statement Twitter said “over time, we will bring the service to Android as well as to more countries.”

The First 30 Seconds of Your Track Just Got More Important

I guess you know the basics for the moment: That Twitter #music is a discovery platform not a streaming platform in that it lets users discover music through artist and others’ Tweets, listen to their music using Spotify or Rdio, watch their videos on YouTube or Vevo and buy songs via iTunes. You won’t actually listen to music within the Twitter app unless it’s the 30 second iTunes preview of the track, to listen to the full track you’ll have to click through to one of the platforms that Twitter #music integrates with.

It will be interesting to see the usage data after the service has been running for a while but my guess is that many music consumers will use the 30 second clip to decide if they are going to go further in discovering a new artist. If this does prove to be the case then which 30 second snippet of your track you choose for the iTunes preview just got a lot more important. If you know the work of Jay Frank and his FutureHit DNA Blog you will already know that the first 10 seconds that a music consumer hears pretty much decides their reaction to the track.

Emerging Artists Get A Tab of Their Own

There is great news for lesser known artists in that there is a tab dedicated to Emerging Artists – Hidden Talents in the Tweets. Quite how Twitter decides who is emerging and who is not is not clear at this point although the technology driving the platform comes from We Are Hunted. Other tabs that users can access include Popular – New Music Trending on Twitter; Suggested – Artists You May Like; #Now Playing – Tweeted by People You Follow; and finally Me – Artists You [already] Follow.

Considering all the noise about charts being irrelevant of the last few years, Twitter have elected a chart format to push artists to the top of the discovery tiles within the app. I would have preferred to see these tiles randomise each time the app loads, particularly within Emerging. In the brief time that I’ve been watching and using the service there has been very little movement in this chart. What’s offered on the tabs is driven by Twitter activity, including Tweets and engagement, to detect and surface the most popular tracks and emerging artists but according to Twitters blog post ” It also brings artists’ music-related Twitter activity front and center: go to their profiles to see which music artists they follow and listen to songs by those artists. ” I’m guessing that it will in the main push to the top the artists that all the other music discovery services are offering us.

But it Could Drive New Followers for Music Artists

A key value proposition for artists in this is that the new service should start to focus Twitter users attention towards music artists. So it’s over to you to make sure you are on the platform – that you’re page is optimised in terms of things like your background, header image and bio to make the most of the attention when it arrives.

The ammount of activity, your engagement with your fans and their activity in talking about you and to you will all favour you on Twitter #music. As with many things in life. What you put in will determine what you get out.