The Musicians Guide to Google + 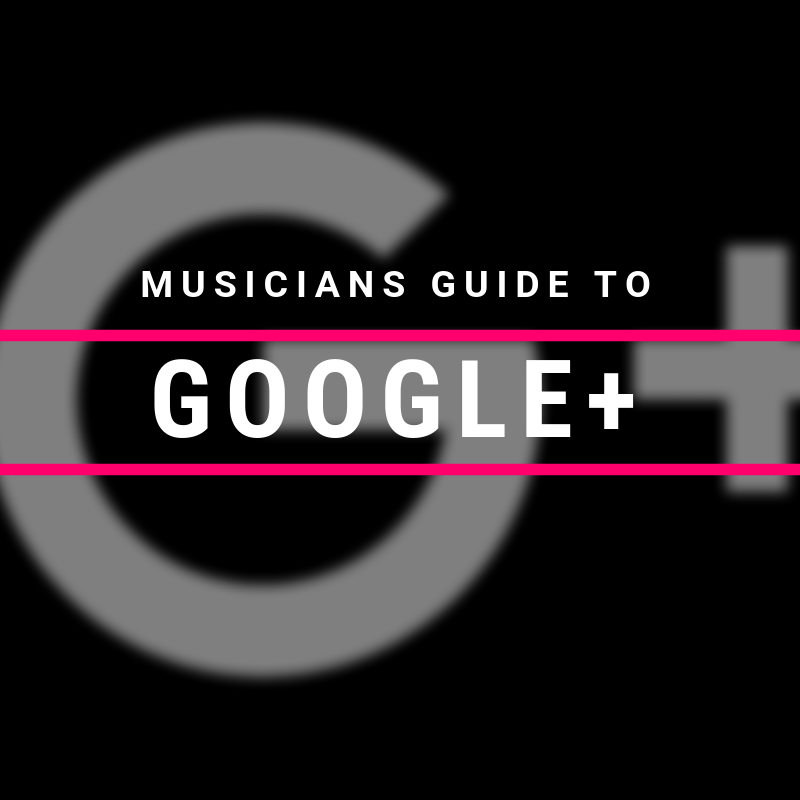 A few months ago, Google introduced their own social networking platform with the intention of entering the ring to contend for the social media crown against the likes of Facebook and Twitter. This platform, simply dubbed Google + (pronounced Google Plus), showcases quite a few similar features as its leading competition. So as a musician, you may be asking yourself ‘why would I even bother if Im already on Facebook and Twitter? Do I REALLY need to update yet another social account??’.

Well frankly, the answer is yes, you really do need to get yourself set up on Google + and the reasons as such are quite simple.

2. Google + is the fastest growing social network in history.

Of course it is! Google is already such a dominant force that anything they introduce can grow, and fast. So it is no surprise that Google +, introduced in July of 2011, received 20 million visits in the first 21 days of its existence. As of September 2011,
Google + was up to 25 million registered members, which is still infantile compared to Facebook which is somewhere in the range of 750 million registered members. But if Google + can continue to grow at it’s current rate, it may be able to give Facebook a real run for the money.

3. Google + has already shown to be a powerful tool for musicians.

Within the first weeks of the Google + launch, a singer/ songwriter named Daria Musk took advantage of some of the FREE Google + features, namely Google Hangouts, to host a virtual concert to hundreds of fans and new listeners.

Whether or not Google + is the most wildly original social network since the dawn of Web 1.0, 2.0 or beyond isn’t important. What is important is that because of the reasons outlined above, Google + is here to stay and should be an important platform and marketing tool to consider when creating a strategy to build your online presence and influence.

The following are five of the most important features that you as a musician need to know about in order to make the most of your time and effort put into Google+.

It is truly that easy and will make a HUGE difference in your overall online visibility. Of course, you want to make sure you complete your Google + Band Page with a Bio, Hi-Res pictures of yourself or your band. Unfortunately at this point in time, Google+ Band Pages still don’t have a way for you to upload music directly to the page, so you’ll want to use this page primarily to engage your fans.

As far as you need to be concerned, Circles are really just lists. See, Google + functions similarly to Twitter in that you can simply follow anyone you’d like without needing their approval by adding them to a Circle. The Benefit of this is that you can create separate Circles for all of the different people and resources that you need to stay on top of. Here are a few types of Circles that I suggest you create:

Here is a great video overview of Circles made by Google!

As mentioned above, singer/songwriter Daria Musk was able to utilize Google Hangouts to host a virtual concert for hundreds (and eventually thousands) of fans and listeners within her first 3 sessions! So what is Google Hangout?

The reason this service is so important for emerging musicians is because it allows you expand the face-to-face time with fans to beyond just live events.

Here is another great video overview from Google:

Well, yes. More photos. But thankfully Google + has made it far easier than any other platform to upload photos directly to your profile! When Google + was originally introduced, Google also released the Google + mobile apps for the iPhone and Android operating systems. Within these apps is a fantastic function that allows the app to automatically upload all pictures taken from your phone directly to your profile. Yes this will drain more battery from your smartphone… but I think it’s worth it to know that every photo you take, be it from the recording studio, from the road, or even from an awesome new restaurant, is now a piece of content that you can share with your fans.

Before Google + was in the running for the social media contender, Google introduced it’s own form of a Facebook Like button called the ‘+1 button’. Then, when Google+ was launched, the +1 button became a fully integrated engagement marketing tool, allowing anyone to ‘+1” any page with the button, which not only acts to help the page rank higher in Google searches, but it now also appears on that person’s Google + profile.

So what does this mean…

Well, it doesn’t mean much in terms of how you use Google +. But it does mean that the +1 Button is now an absolute must, along with the Facebook Like button, on your website and blog! Including this will turn your website into an easily sharable, highly visible site on Google +.

As an emerging musician, it is critical that you stay on top of the ever-evolving trends of social media so that you can properly establish, maintain and grow your online presence, ultimately leading to a bigger more dedicated fan base. Google’s introduction of Google+ is simply the latest, major introduction into this world and as such it is important that you are on top of it to make sure you don’t fall behind other artists who are growing with the trends.

Looking for more info on social media and websites? Check out Cyber PR’s free course, Social Media House! Click the picture below to get started. 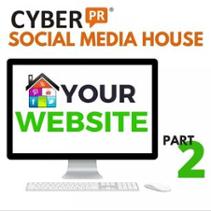