Since I started my career in this business. I’ve always been working within the 1,000 True Fans model.

Here’s my story: In 1996, I was living in Boulder, CO and I had just started Ariel Publicity, my boutique PR firm.Acoustic Junction and Zuba two local bands became my first clients. Both had been staples in Boulder for a couple of years, and both made fantastic livings touring and selling their independent releases from coast to coast. They did this with no label, no distribution, and no major marketing budgets: just a manager, a tour manager, and me.

I also represented The Toasters, Bim Skala Bim, The Slackers, and Skinnerbox, (and practically everyone touring during the third wave of Ska).

These artists and dozens like them all made full time livings from playing and touring.  They had a core group of fans that supported them by seeing several shows a year, buying merch and buying albums.

Today, it feels revolutionary when we hear about bands that make a living based on their music.

What happened? What changed?

The fact that CD sales are decimated has clearly not helped at all, because a major part of the income for each one of these bands who were road dogs was selling merchandise at shows. To top that off Internet has glutted the playing field.

I refuse to listen to the naysayers who are refuting 1,000 True Fans and I am going to focus on featuring as many artists as I can who are proving the model.

My theory is: Plenty of artists are getting to 1,000 True Fans, but it’s going to take some time for them to prove the model because it takes time to build true fans in today’s two-way conversation economy.

Trent Reznor and Radiohead proved 1,000 True Fans practically overnight and they will always remain as the two cornerstones of artists who did it quickly and efficiently for obvious reasons that don’t need to be rehashed here.

On our panel at the New Music Seminar in Chicago this past week Corey Denis presented the first artist I will focus on: The Mountain Goats.

And through all of this work over a 12-year period, I’ve discovered 3 key crucial elements to figuring out the new music industry.

1.    Run your career like a business, but ditch the myths: there is very little money in the music industry, there never was much to begin with and there’s less now. Record labels are not going to rescue you.

3.    All careers take time: It takes at least 12 years to “make it” (for this purpose, let’s define “make it” as a television appearance on a #4 Nielsen rated late night show).

The three rules generally work together: Setting appropriate expectations, focusing on your art, and connecting to your fans as you develop over a long period of time. Your career is an investment by you, and anyone who wants to pay you to be you. And for a return on your investment, your goal is to make it a desirable investment to your most beloved fans.  But how do they become true fans?  If you remember the first two rules, the third is up to you. My favorite more recent example is the Mountain Goats. I don’t work with them, but I happen to love the band and know a “superfan” named Matthew. (Superfan: One who spends $100 – $300/ year on a band).

As I interviewed Matthew, he explained how he just purchased a purple vinyl limited edition (only 777 available worldwide) of the new Mountain Goats album; he “couldn’t wait to twitter about it.” He went on to show me that his photo of a rare Mountain Goats collaborative release with Kaki King on swirled vinyl received over 500 unique views – the most views “any photo has ever received on my flickr account.” Matthew beams with pride as he reports spending “at least $400/ year on the Mountain Goats” on items ranging from vinyl (new and rare) to digital EPs and t-shirts. And that is the best-case scenario any artist can hope for – a fan that takes pride in both the full experience and consumption of your art.

Converting pride into a return on investment will take at least ten years.

The reality of 1,000 true fans beyond the joy of garnering fans is knowing what to do once you know you have a fan, while continually growing as an artist.

The Mountain Goats are not just any band making any kind of music. You can bet that their album ‘Sunset Tree’ will end up on multiple “Top 100” albums of the last decade, and the band is regularly revered by music critics worldwide ranging from Pitchfork to Spin.com.

Last week, The Mountain Goats (now on 4ad), promoted their new release by way of a performance on the Colbert Report.  And none of this happened overnight. Not even close. Darnielle has been building relationships with his fans for more than 12 years, and their overt appreciation of his art is the result of a pure connection built on respect. John Darnielle, with more talent in his eyelash than most people have in their entire bodies, respects his fans. Here are 5 ways John Darnielle has built one of the greatest indie success stories of all time, based on talent, fans & genuine connections:

1. Communicate With Fans As If They Are Friends
In the mid-90s, Darnielle played extremely small venues (coffee shops, pizza joints) and stayed after the show to sit with anyone who enjoyed the show. “When a connection was made, he took their address and wrote a letter to every single person,” explains Matthew. He loves this story, and with reason: this is actually how Darnielle met his wife. Matthew knows the story inside-out and continues to tell it with a smile, “her name is Lalitree, and the song about her is called ‘02-75’ because that was her Post Office Box number.”  Darnielle communicates directly with fans electronically today by posting on the popular forum at The Mountain Goats website.  At one point he asked his fans what kind of merchandise they wanted. The forum exploded with fan suggestions and The Mountain Goats delivered: the next tour had a Mountain Goats reusable grocery sack for sale as merchandise. The grocery sack sold out.

2. Make Music Available
The Mountain Goats release an album about every 2 years, but between full album releases, fans are inundated with singles & EPs. John Darnielle has released multiple singles & EPs unexpectedly on the forum, with donations accepted but not required. In addition, Darnielle requests on the forum that fans do not steal. Matthew reports he has “always paid, always. I have to, why wouldn’t I?”

3. Make Limited Edition Physical Product: Take Advantage Of 1K Runs!
Once able, it is wise to invest in physical product to sell on the road and online. The Mountain Goats have released split EPs with Kaki King & John Vanderslice on limited edition vinyl.  A limited vinyl edition of The Mountain Goats album Satanic Messiah was released only at indie retail, with a catch: 666 copies only. The most recent Mountain Goats album, The Life Of The World To Come (released last Tuesday) has a similar limited edition purple vinyl release, this time 777 copies. Matthew owns #740 and explained, “Some people on the forum have 3 copies.” Fans did not know which indie retail store would carry the vinyl, so they had to seek it out. Matthew found his at Rasputin music in downtown San Francisco.

Looking for more tips on how to use social media to connect with your fans? Check out Cyber PR’s free course, Social Media House! Click on the picture below to get started. 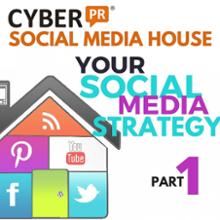