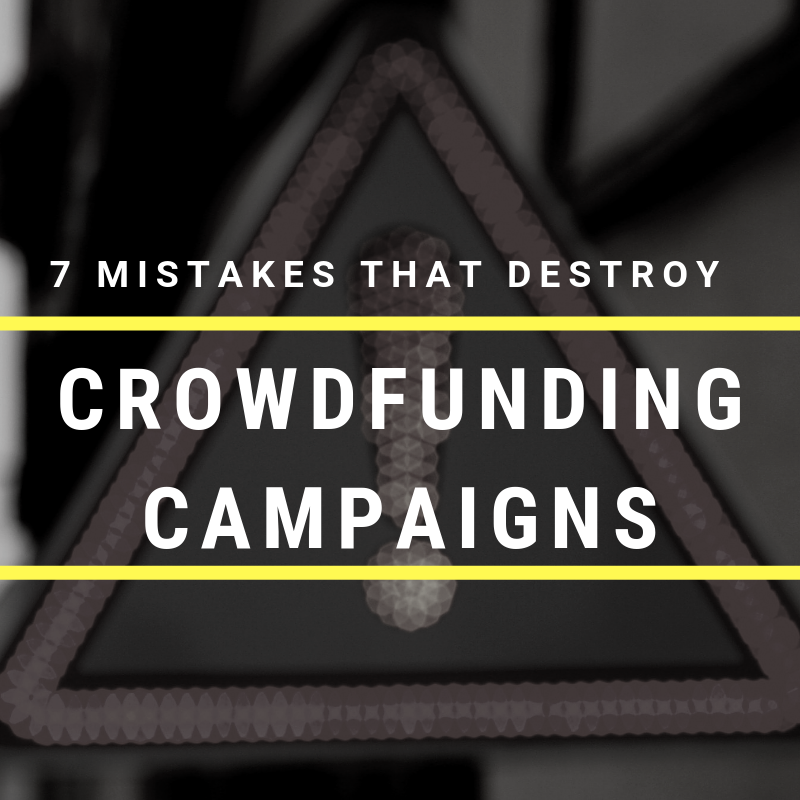 Many musicians make terrible mistakes when crowdfunding. This little ditty will help you avoid some of the pitfalls I see most often.

It’s been a rough time for crowdfunding, but this doesn’t mean that you can’t benefit in fact two of my students – Owls and Lions (11K!) and Arielle Silver (13K!) both just completed wildly successful campaigns on Kickstarter.  Both of these artists worked smart and planned their campaigns impeccably.  You can too!

Mistake #1: Leaning too heavily on your social media strategy

Social media is important but not as important as many think!  Make sure you have active social channels well in advance of launch, and you should also create a unique hashtag for your campaign. But keep this in mind: Your email strategy will bring in far more money than your social posts will so make sure you don’t lean too heavily on your socials.

How to avoid this: This will require getting over any fear that you are doing something embarrassing – this is your dream right?  You deserve the money (tell yourself this a few times a day every day throughout your campaign).

How to fix this:

#1 Write 50 – 100 personal letters to the top people you think may be your contributors (there’s a reason every charity you support still sends you letters!) you don’t need to mail them but personalized emails will make a huge difference. these should be sent individual, not as part of your crowdfunding emails.

Mistake #2: Launching your campaign during the holiday season

I made this mistake during my own crowdfunding campaign and so have a few of my clients. Many friends said that they would have loved to contribute more, but they just didn’t have the extra money.

2nd worst time: If you have a lot of parents in the community you are looking to raise from, I would also avoid August and September – this is a time when people spend money for vacations and back to school and they might not have a lot of extra money in their coffers to pledge.

How to avoid this: Um, pretty obvious – Steer clear from the Christmas /Hanukkah /New Year’s timeframe and the August / back to school time period.

How to fix this:  If you already made this mistake one-way to spin it is: give a pledge as a holiday gift!  (If applicable) or create a holiday tier to inspire your fans to give.

Mistake #3: Leaving town or being too busy with other projects during your crowdfunding campaign

We all live in a time of “too busy”. You have to make your campaign a major priority so do what you need to get the win!

How to avoid this: Make sure that you can spend the entire 30-days focused on getting to your goal, and planning your pre-campaign buildup carefully as well.

How to fix this: Plan ahead. There will be a deep sense of urgency to launch once you decide on a crowdfunding campaign. Resist the urgency to launch now and instead plan and see what you can get off of your plate during your 30 days. In other words delegate anything and everything that you can. Make sure you put a crowdfunding team into place to help you through and lean on them when needed.

Mistake #4: Thinking that hope & luck will get you through

If you have friends or colleagues who have completed successful campaigns and you are thinking “they are so lucky!” They probably aren’t really that lucky at all.

How to avoid this: Here’s a little formula that I keep on a post-it note above my desk:

Hope is for suckers, action is for winners!

How to fix this: Create a detailed plan that involves strong preparation, personalized high touch to people that have money. Focus on your campaign every day and follow through – it will make you “lucky” in the end.

And of course you can take my most popular LAB – my crowdfunding class – Cyber PR LAB 9 – Crowdstart and I will walk you through all of the things you need to do with a 3-part video series and over 30 action sheets.

Mistake #5: Letting the silence get you down

At the very beginning of your campaign, you want to come out of the gates on fire.  Why? Because according to expert Lea Bailes “Campaigns that get to 30% of their goal within the first week are more likely to succeed.”

However, during the middle of your campaign, it may begin to really feel like no one is out there. But stay the course! According to an Indiegogo report that studied 100,000 campaigns, 42% of funds are raised in the first and last 3 days of the campaign’s duration.

How to fix this: I know it may feel highly uncomfortable to ask multiple times, but doing so in the middle of your campaign WILL make all the difference. Put your emotions aside, pick up the phone, and use your texting skills and ask!

Mistake #6: Giving up as you approach the finish line

According to Fundly, 42% of funds are raised in the first and last 3 days of  any crowdfunding campaign so make the launch and the end count!

I know it’s uncomfortable as all get out but don’t give up. People tend to procrastinate and they have procrastinated on giving you money!

How to Avoid This: The last 72 hours are critical.

I had a freak-out when I was four days and $20,000 short from my own campaign’s goal. Then, in the last 48 hours, $23,000 came in. If you continue to regularly communicate with your crowd, you will get a windfall of money in the last 24 hours of your campaign (again, see the above stat from Indiegogo).

Mistake #7: Stopping the financial flow on the final day of your campaign

Just when you thought you had shouted about your campaign from every rooftop, you will still receive phone calls and emails hours or even days after your campaign ends. Some people just won’t see the emails until the final hour has passed or they didn’t get it together in time.

How to avoid this: You won’t be able to – people are people!

How to fix this: Make it easy to receive money after your campaign is over. Sign up for a Square account (it’s free!) before your campaign starts so your delinquent, yet totally appreciated, late to the party contributors can still pitch in by reading you their credit card #s over the phone. PayPal is also good if they have an account, but I suggest the Square method!

Want help with your crowdfunding campaign? I have a LAB for that! 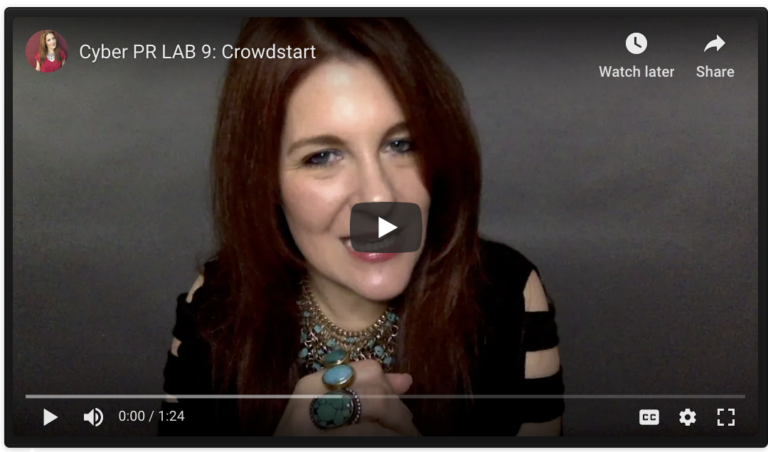