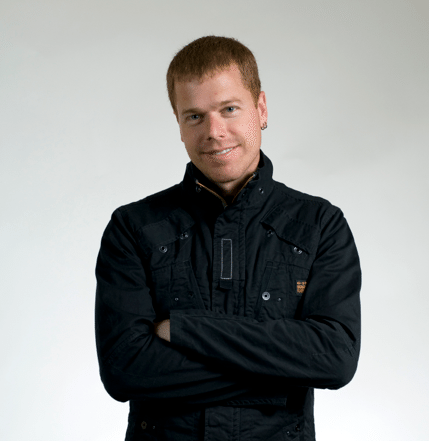 Welcome to the first of our seven-part interview series ‘Charting the Course: A Radio Promo Discussion’.

The purpose of this series is to explore the world of radio promo, with insights from 6 people who work in and outside of the realm of radio promo, but all of whom have dedicated themselves to advising independent musicians.

Today we hear from Kevin Breuner, a Grammy nominated artist, podcaster, and indie musician advocate. He resides in Portland, OR where he is the Director of Marketing for CD Baby (cdbaby.com). Oh, yeah, he also plays guitar in Smalltown Poets.

Radio still has a big impact on the music buying public, but you really have to do a good self assessment to determine if:

1. Your songs are the type that get played on radio and…

2. Is all the time, money, and effort needed to get your song on radio going to pay off?

That really depends on the type of music you create.  I think where most artists go wrong is that they try to target top 40 or mainstream rock stations with music that doesn’t fit those formats.  College radio is more accessible, but it also has mixed results as far as getting you any fans and generating sales.

They probably have a better shot than in the past since indie records sounds completely pro these days, but it’s still a needle in the haystack type scenario.  To get on commercial radio with any sort of frequency that will matter cost serious cash.  It would have to be total luck for an indie artists to get serious commercial coverage without a lot of money.  On the other hand, commercial stations have started some “local” segments that give some play to the local scene.  It’s just not enough spins to make any real impact.  Looks good in the band press kit though.

Increased sales of the album, larger attendance at shows, and growth in email list and social networks.  Chart position is a terrible measure of success.  I personally know a band that had about 5 top charting songs in their genre, but had almost no increase of sales. They were so confused.

5. How do you make a radio campaign last or have a future impact once you begin to slip back down the chart (assumomg you already are up the chart)?

Nothing really you can do to reverse that trend.  What goes up must come down.  What artists should be doing is seeking out radio stations that have been playing their music and try to partner with them in some way.  Whether it’s just for an on air interview, a show or some sort of cause or event.  The station can’t keep playing a song in heavy rotation forever, but that doesn’t mean they’re not interested in supporting the artist in other ways.  The artist needs to be proactive there.

6. How can you best leverage social media to work with your radio campaign (or is this not possible?)

Honestly, I’m not sure it’s possible for the indie artist.  Radio is very regional.  Just because you have a song that is charting doesn’t mean all the stations are in the same place as far as the amount of plays you’re getting.  So unless you’re a mega artist that can have instant impact, I think using social media to get fans to call a radio stations could get annoying fast.  It becomes a very “me” centric dialogue that turns people off on social networks.

First I would say don’t do it.

After that I would say that they should really asses their song next to the other songs playing on that format. Next, I would ask them if that’s all the money they have to spend on their marketing, is radio really the best way to spend it (the best ROI)? If they pass all those tests, I would say that they need to pick a good radio promoter who is accessible and not a con-artist.

Beyond that, they really need to understand how radio works.  They could spend all that money and get a number of different results.  National heavy rotation is probably not one of those results.  Most likely they’ll get mediocre play that doesn’t do more than strike their ego a bit.  But, the great thing about music is you never know!

Come back tomorrow for part two of ‘Charting The Course: A Radio Promo Discussion’ with Jesse Kirshbaum of NUE Agency.