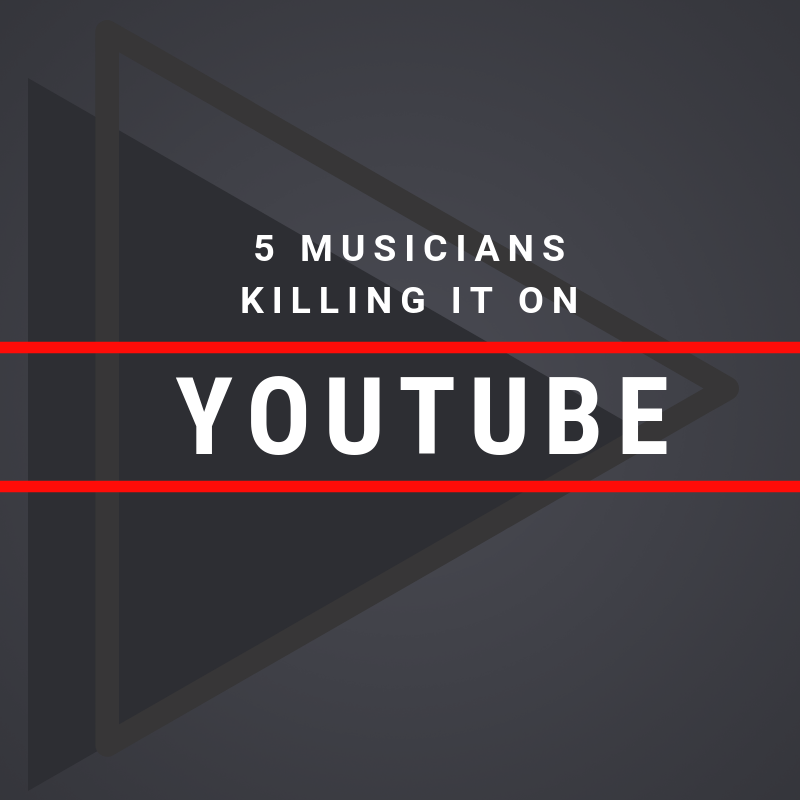 Youtube can be one of the most important resources for up and coming artists. Whether you are covering songs, or putting out your own music, it is essential you build your niche market and crowd. By putting your own spin on something new or old you can create a following and fanbase that will launch yourself into music success. If you’re already creating content and looking for tips on how to optimize your SEO, look here.

Below are five examples of different artists and how they did it. Please note that these artists were not made by YouTube alone, but heavily assisted by it:

Jensen McRae gained viral attention for her viral parody of a Phoebe Bridgers song, but she is much more than a one time viral sensation. The LA based singer-songwriter has been writing tracks tinged with vulnerability for years now about her experience as a young person of Color in America. She uses her Youtube both as a musical and personal outlet, sharing vlogging and Q&A content with her fans in addition to her original music and cover songs. Her content is raw, real, and true to herself.

Tip: Place your strongest or most relevant/timely video as the pinned video on your channel. As you can see on Jensen’s channel, she has written an anthem for COVID-19 that went viral. Some artists also create “channel introductions” to welcome visitors to their page. These videos immediately grab the attention of the page visitor and increase views to the pinned video!

Pinegrove is an American rock band that incorporate elements of emo, country, and alt-rock into their music. In their early career, the band stuck to angsty self releases, but in recent years, they’ve been touring and taking on the world with Rough Trade Records. Pinegrove often uses their Youtube channel for promotional teaser content as a way to build hype and a coordinated brand around their new releases. The visually stunning trailers for their single releases and the acoustic sessions they posted earned them thousands of views and perfectly built their soft boy brand. This then allows for a perfect segway to premiere a track via YouTube after promoting the trailers on the platform and other socials — learn more about how to premiere a track on Youtube here.

Tip: Creating formal “series” of content is a fantastic way to motivate yourself to create and to amp up your audience. Pinegrove put together their 10 part  “Command + S” series as a way to commemorate the making of their 3rd studio album and share their creative process. The videos themselves were haphazard vlogs that gave a real insight into the artists daily lives, but giving them a cohesive title meant that the content made sense to the viewer.

Toronto based grandson creates politically charged alternative rock. Both himself and his alternate ego, the antagonist named “X”, confront harsh realities we all face in this charged political climate. His Youtube channel offers livestreams, behind the scenes, and podcast episodes, and demonstrates how successful an artist can be in diversifying their content.

Tip: While we love grandson’s content, we actually have a small critique! When creating cover tiles for your Youtube videos, make sure to include relevant information on the actual still image. As you can see below, grandson has used the same image for his series of live episodes. While this is useful to indicate a cohesive video series, you can still use the same branding image with putting the title or an eye-catching photo or description on the video itself such as Pinegrove did above. 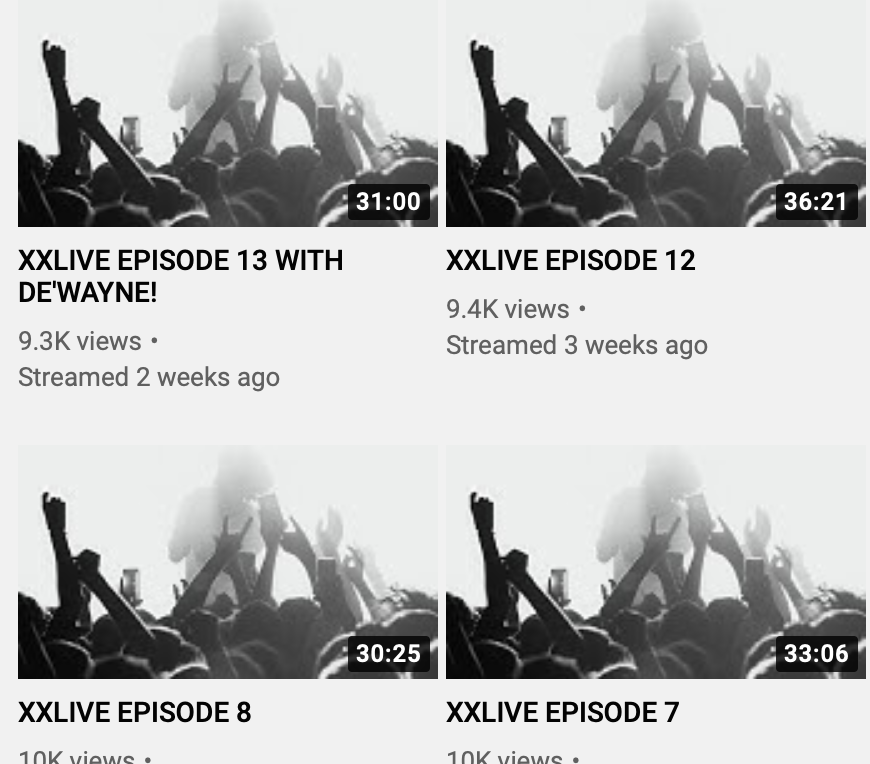 British singer songwriter Celeste creates undeniably ethereal music. Her career began back in 2014 providing vocals for notable electronic artists such as Avicii, Tieks, and Real Lies, but her debut album didn’t come out until 2021 (following 2017 and 2019 EPs). In-between, she has been self publishing content on Soundcloud and Youtube. Her voice is almost as awe-inspiring as the fact that so much of the music she has created was self produced. Reminiscent of the likes of Amy Winehouse or Adele, she is a young powerhouse both in sound and in social media prowess.

Tip: Make sure your headers and profile picture coordinate with your upcoming release promotion. As you can see for Celeste, her debut album just dropped.

Though Luke James Shaffer is a part of the Cyber PR Artist Fam, we are unbiased when we say that his Youtube promotion skills are off the charts for a totally indie musician. His sound combines alternative, folk, pop, and soul to result in a beautiful acoustic sound that is completely fresh. Since 2011, Luke has been using his Youtube channel to feature his forays into looped cover compositions, have fun, and show his personality. This dedicated hard work has earned him over 16k subscribers. If you want to learn more about his journey and how to stand out on Youtube, watch our full Q&A with him here.

Tip: Find your niche and be consistent!! In addition to his original music, Luke creates incredible looped covers that resonate with viewers and showcases his talent. He also posted consistently on a weekly basis. What do you excel at and how can post about it frequently? 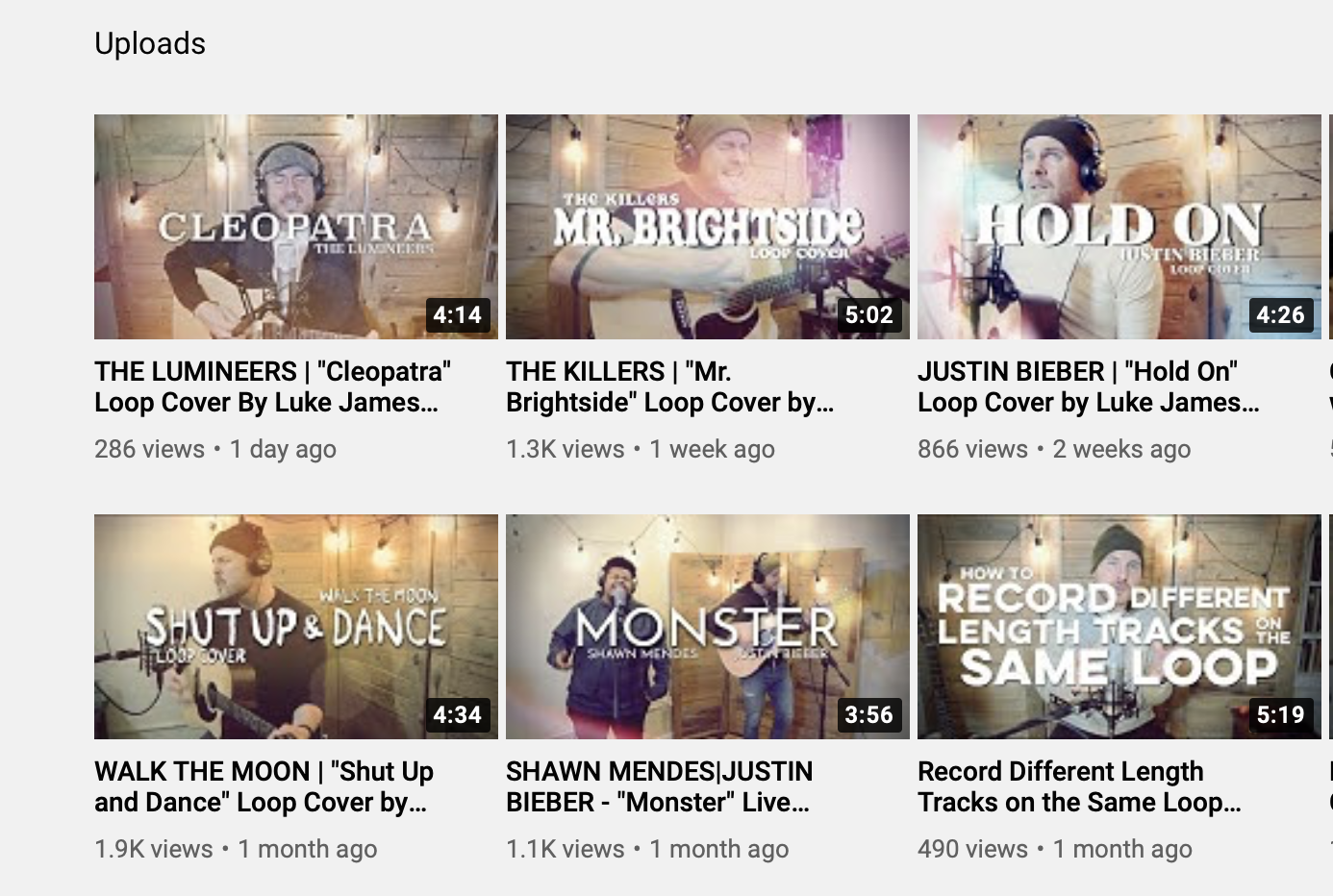